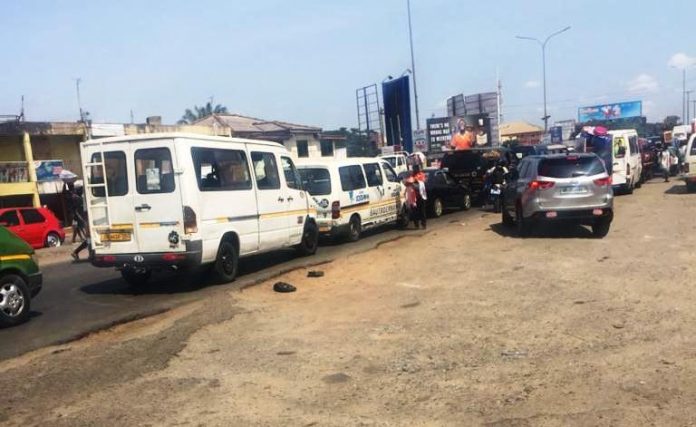 Building durable roads is essential for the development of any country’s economy and must therefore receive utmost priority. This is, however, not the case in the fast-developing urban centers of Accra.

Commuters en route the Kaneshie-Odorkor Highway lament the bad nature of the road from Mpamprom to First Light. Motorists say the potholes near First Light as well as the minor roads that linked the highway are the major cause of traffic on that stretch. These roads, uneven in nature and riven with potholes, make driving a daunting task.

Drivers have to carefully navigate or slowly drive through these potholes causing traffic and sometimes accidents. The stretch of road from the foot bridge to the end of the market has also been reduced to a two lane carriage. This is so because bus drivers have turned the outer lane into a car park and bus stop at the same time. 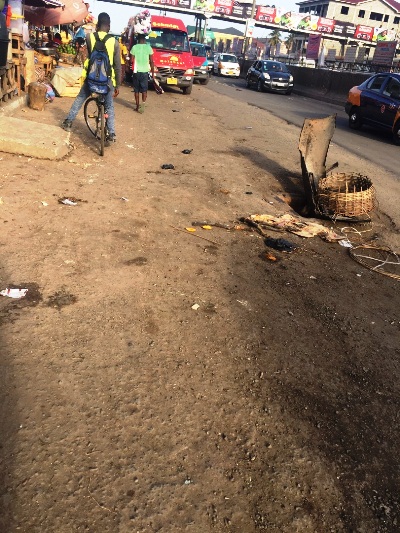 “The road is very terrible. When I drive over it, my car is always jerking up and down. We need the government to come and fix it immediately for us because it makes driving on this road unbearable,” Becky Essien said.

A commuter, Nii Noi, stated: “The entrance of the market is bad. This causes traffic. First light is also another bad portion. Part of the road is asphalt, and part of the road is rough. It is this rough road that causes the potholes on the road.” 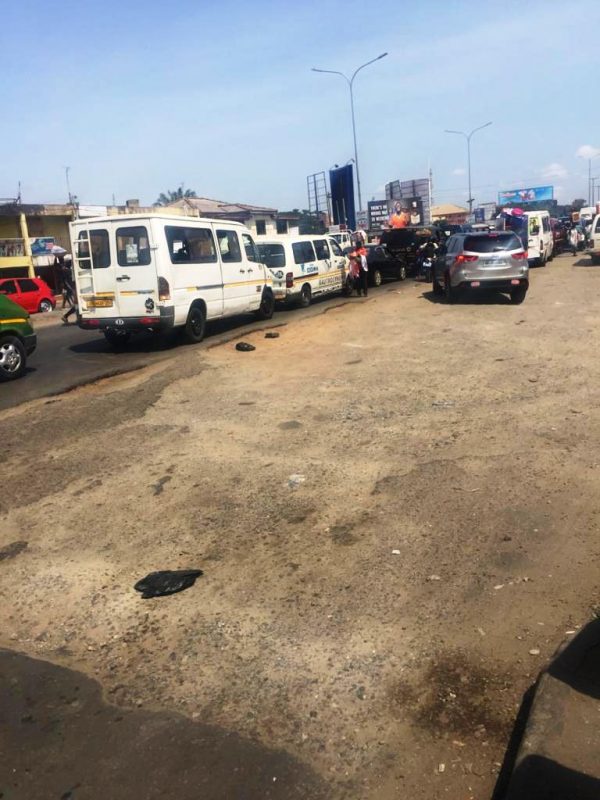 Passengers boarding vehicles from this point have to struggle in between sellers who have taken over the sidewalk, pick pockets and buses parked on the shoulder of the road. To make matters worse, deep drains which have no protective covering in front of the Kaneshie Market and poor lighting at night have been described by motorists and pedestrians as death traps.

“From here going, there’s a gutter, they have to cover it because it can cause harm if they do not. If somebody doesn’t know it, they can go inside the gutter. It is not this one alone, it is many here,” kwesi Annan, a passenger bemoaned.

“Quite recently a child fell in this gutter. Not too long after, an elderly man also fell in the same gutter and we had to call for an ambulance to take him to the hospital,” he recounted.

The drivers complained that government officials and several media houses have been to the area on countless occasions to assess the situation but nothing has been done to solve the problem.

“Sometime in October, contractors came here to survey the area, we were happy that government had heard our cry, but after they left they never returned. When the rains came, it washed away all the pillars they had brought to section off the area,” Henry Pobi, a bus driver said.

“Those responsible for fixing the covers have been here to take measurements but they have still not brought the covers. We are hopeful that they will bring them soon. For now, we have used car bumpers to cover those we can. So we plead with the right authorities to get a more solid cover over the gutters,”  Yaw Ampofo appealed.

The drivers, therefore, appealed to government to fix the roads and cover the drains to avert any untoward situation in the future.

Parliament begins Second Meeting of First Session on Tuesday, May 25

Parliament begins Second Meeting of First Session on Tuesday, May 25