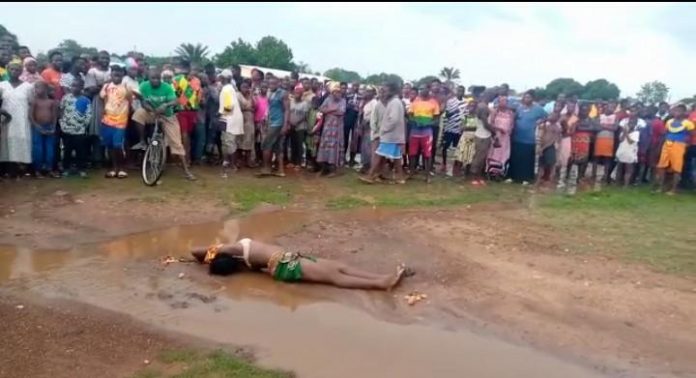 A 23-year-old woman at Kpassa, Ninah Uwumbornyi, has been struck dead by lightning, following a brief rainstorm at Kpassa in the Nkwanta North District of the Oti Region.

The incident occurred at the Kpassa JHS B school park on Friday.

The Kpassa West Electoral Area government appointee, Mr Kadil Obrenya, narrated the sad incident in an interview with the GNA.

The Assemblyman said the deceased, who was walking across the park at the time of the rainstorm, was struck by thunder and died on the spot.

He said the incident was a shock to the residents of the Kpassa community.

The GNA gathered that the deceased came from Blajai in the Kpandai District and was currently going through her apprenticeship at Kpassa in the Nkwanta North District.

Kpassa District Police Commander, Assistant Superintendent of Police, Mr Thomas Hodanu confirmed the incident and said the body of the deceased was released to the family for burial.

Army yet to receive investigative report on Lt. Col. Agyeman

Yankey Himself ‘wanted’ by police over viral gay sex video

Yankey Himself 'wanted' by police over viral gay sex video

We'll do more to guarantee security; protect lives and property