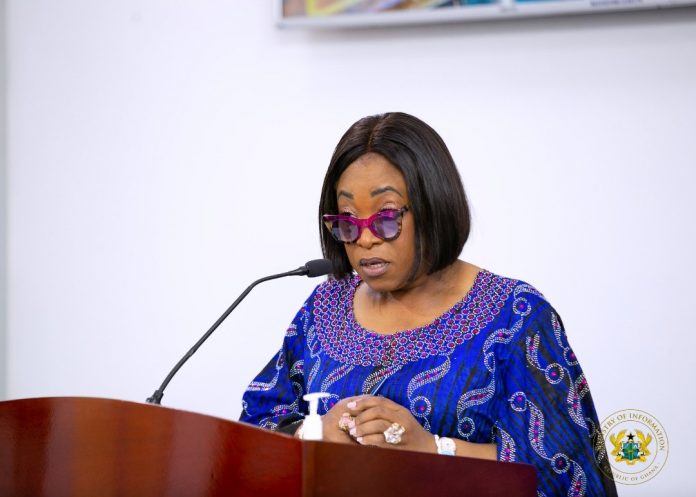 The meeting is intended to take consequential decision on the recent happenings in Mali to bring normalcy and stability in the West African nation.

It is also in line with the ECOWAS protocol on democracy and good governance, to restore normalcy following the arrest and detention of Transitional President Bah NDaw and Prime Minister Moctar Ouane on Monday night, May 24, 2021.

Colonel Assimi Goita, the Vice-President of the Transitional Administration, led a coup and detained the Transitional President and Prime Minister to the Kati Military Base, outside of the national capital, Bamako.

Col. Goita, last year, also led a military coup on August 18, to oust the then President Ibrahim Boubacar Keita, which led ECOWAS to set up a transitional administration to return the country to civilian rule within 18 months.

Ms Shirley Ayorkor Botchwey, the Minister of Foreign Affairs and Regional Integration briefing the media in Accra, on Saturday, on the Extraordinary ECOWAS Summit, said President Akufo-Addo took the decision to convene the meeting after consultation with his peers.

“The purpose of the Summit is to enable the Authority to deliberate and take consequential decisions on the evolving political and security situation in the Republic of Mali.
“As you are all aware, the past few days have witnessed some worrying developments in Mali,” she said.

“The arrest and detention of the President and Prime Minister of the Transition Government by the military has necessitated a re-evaluation of the strategies adopted by ECOWAS to bring normalcy to the country.”

The Minister announced that 10 Heads of State and Government had confirmed their participation, including Senegal and Benin.

The meeting will also be attended by special ECOWAS Mediator to Mali and former President of Nigeria, Mr Goodluck Jonathan, as well as the President and Vice President of the ECOWAS Commission.

She said a communiqué would be issued at the end of the Summit.
Meanwhile, Ms Botchwey said at the behest of the President of Ghana, an ECOWAS Mediation team, led by Former President Goodluck Ebele Jonathan, who is ECOWAS’ Special Envoy and Mediator for Mali, embarked on a fact-finding mission to Mali from 25th to 26th May, 2021.

The visit was to assess the situation and explore opportunities for the resolution of the crisis.
Mr Jonathan will, therefore, report to the Summit on the outcome of the mission.
Ms Botchwey said the convening of the Extraordinary Session demonstrated the unwavering commitment of President Akufo-Addo towards addressing Mali’s political situation.

It would be recalled that barely a week after the President assumed office as Chair of the ECOWAS Authority, he convened an emergency Summit at the Peduase Lodge, in response to the military intervention, which saw the ousting of the then President Ibrahim Boubacar Keita.

That meeting took important decisions, including a demand on the Malian authorities to ensure that the transition government was civilian-led and should last for 18 months, taking effect from September 15, 2020.

The Peduase Lodge Summit also affirmed that once a civilian-led transition government had assumed office, ECOWAS, within the context of its protocols, would assist Mali to return to democratic governance.

It is important to note that President Akufo-Addo has since been at the centre of efforts, including mediation initiatives, to bring lasting peace and stability to Mali.

Ms Botchwey expressed the hope that all the political actors in Mali would support the outcome of the summit to be held in Accra, to restore constitutional rule in the West African country.

Its outcome would be critical to sustaining the momentum for the return of constitutional democracy and stability in Mali, she said.