The chiefs and people of  Sissala Municipality, Sissala West and Wa East Districts have expressed their displeasure about their exclusion from a Є35 million farm access roads project in the Upper West Region and stressed the need for their inclusion.

The sentiment was expressed at a news conference at Tumu addressed by the Zini Kuoro, Kuoro Abu Diaka Sukabe Ninia.

According to them, their non-inclusion in the European Union-funded project aimed at improving inter-connectivity between areas of production and market centres is not only an aberration but a grave social injustice against the Districts in question.

In this piece, GBC’s Emmanuel Mensah-Abludo says since the groundbreaking ceremony for the 670-kilometre project at Kpongu on the 18th of this month, for eight out of the eleven districts in Upper West, the non-beneficiary Districts have not been happy.

Kuoru Abu Diaka Sakube Ninia told the new conference that their action is not directed at discrediting any beneficiary community but to make a case for their participation in the project.

He stated: “our petition is not him at discrediting any community which has been selected to benefit under the program but to make a point for our inclusion in the program. We the chiefs and smallholder farmers inhabiting the Wa East, Sissala East and Sisssla West districts of the Upper West Region are of the opinion that our exclusion from the program is unfair and inequitable, having regard to the existing road infrastructure situation of the region. We have the right to demand fairness, equity and social justice in the allocation and distribution of government development projects  and programs such as Feeder/Farmer Access Roads.” 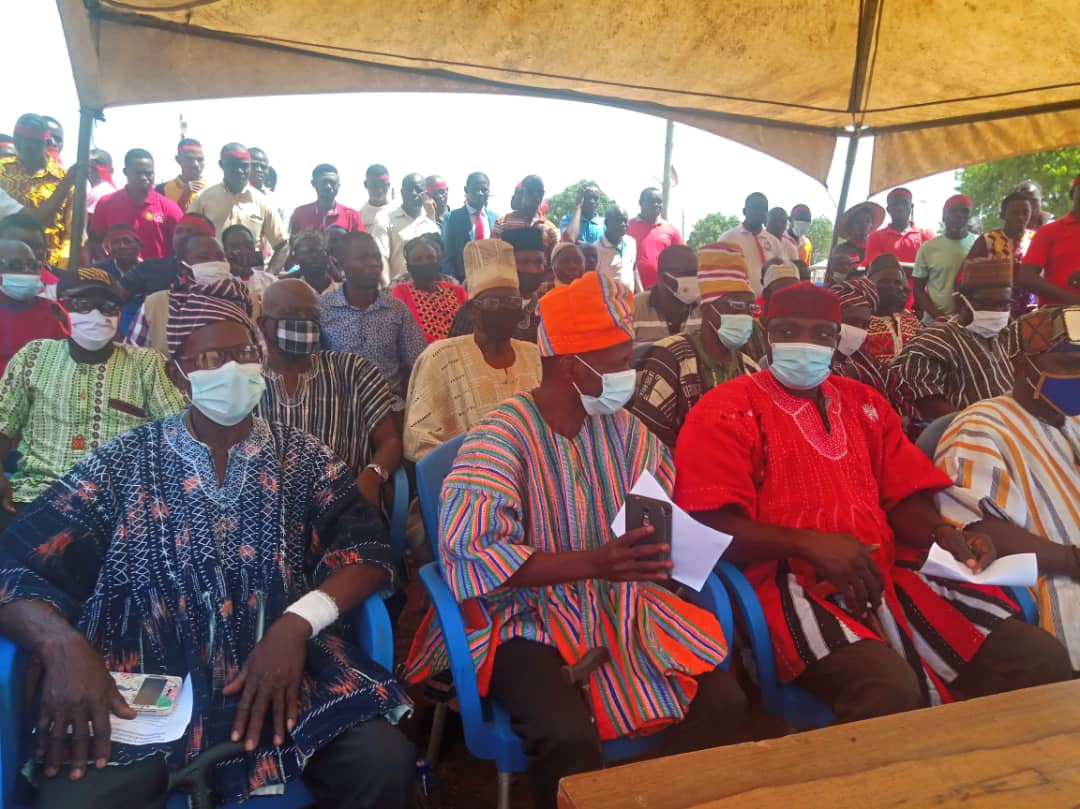 “We therefore hereby petition your high office [Ministry of Roads and Highways] for urgent response to our grievances regarding the total exclusion of the aforementioned farming districts from the benefits of the EU funded Farm Access Roads that has been launched on Tuesday, 18th May 2021 at Kpongu in the Wa Municipality,” he noted.

Kuoru Sakube Ninia indicated that the criteria for selecting the beneficiary districts were not based on adequate evaluation of data.

He emphasised that: “Available data obtained from the Regional Department of Agriculture shows Sissala East,  Wa East and Sissala West districts are the three leading producers of maize and other staple food in the Upper West Region and by extension Ghana at large. We collectively produce a total 103,474.42 metric tons of maize in 2019 farming season alone (SIRD, 2019).”

The Chiefs and people entreated the powers-that-be to take the needed action as soon as practicable to rectify the anomaly. The Paramount Chief of Gandawii , Kuoru Osman Deiwia Nankpa sum up the mood of the people, saying “Let me drum home a point, this not a political vendetta, we are craving for our fair share of the proverbial national cake”. 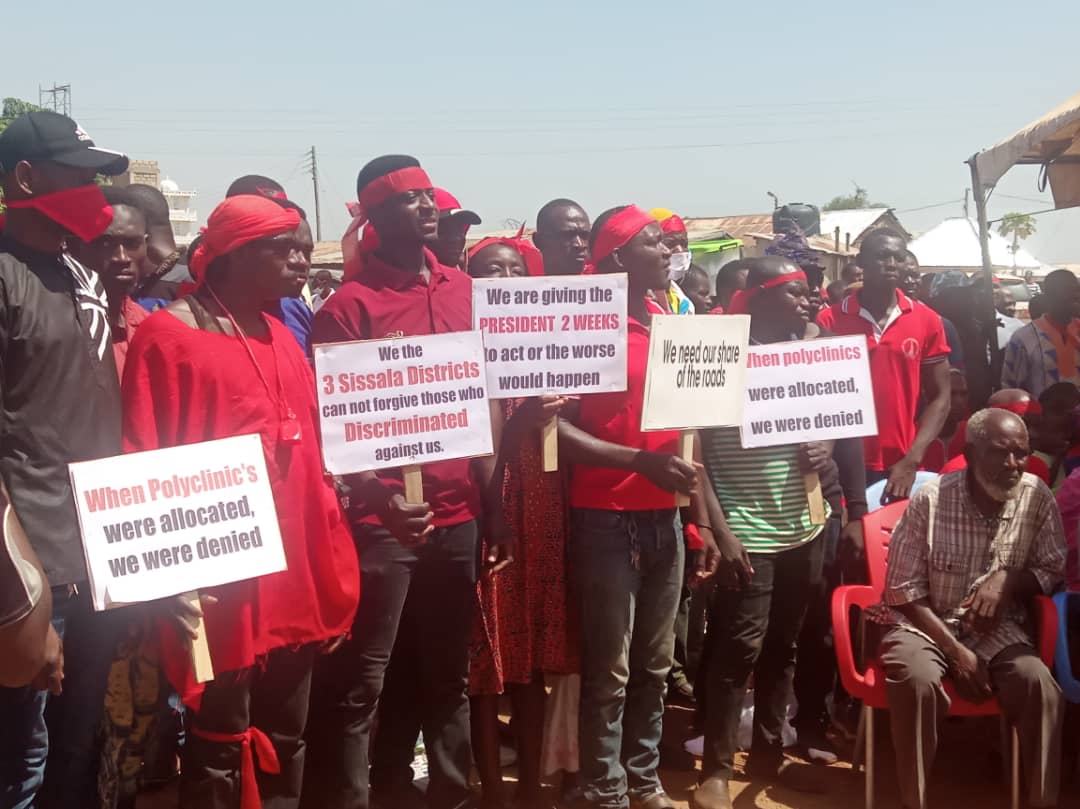 Some young people at the event were holding placards. Some the text read: “We are giving the President 2 weeks to act else the worse would happen.” “We need our share of the roads,” and “When the Polyclinics were allocated, we were denied.”