The University of Education, Winneba, has honoured former Speaker of Ghana’s Parliament, Professor Aaron Mike Oquaye, and the current Energy Minister, Dr. Matthew Opoku Prempeh, who was a former Education Minister, with honorary Doctorate degrees for their hard work and dedication to humanity at a special congregation ceremony held at the university.

The two join a tall list of awardees in the past which includes the late former President Jerry John Rawlings, John Agyekum Kufuor, and a former President of the Federal Republic of Nigeria, General Abdulsalami Abubakar.

According to the Vice-Chancellor of the University, Professor Anthony Broni, the ceremony underscores the high premium the university places on persons who have selflessly and passionately championed laudable causes for the education sector. 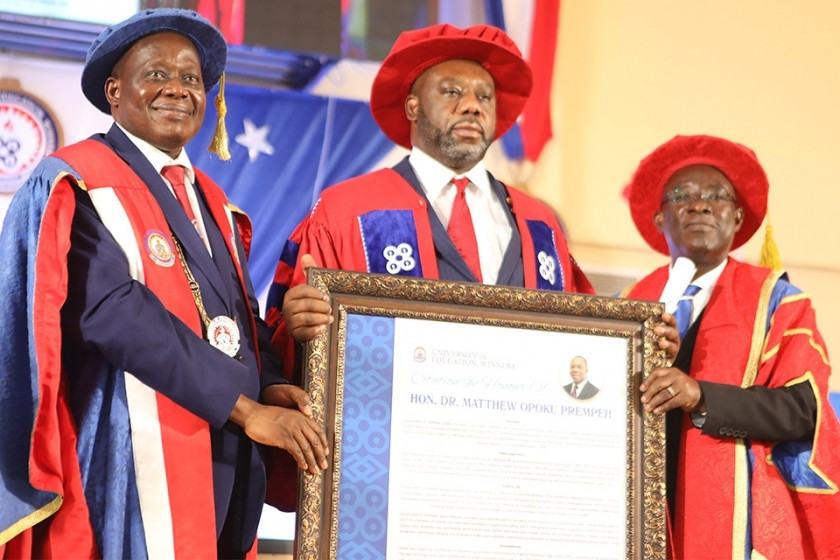 “They have contributed to the nation’s educational system from two different perspectives and this, in my considered opinion, is worthy of emulation by all of us here,” Professor Afful Broni said.

Speaking at the special congregation ceremony to honour the two personalities, Professor Afful Broni noted that, the university over the years has become an internationally reputable institution for teacher education and research.

“During my investiture, I promised to make UEW one of the most reputable teacher education and research centre, and we have done just that with state of the art modern infrastructure to even support the courageous educational agenda of free SHS,” the Vice-Chancellor said. 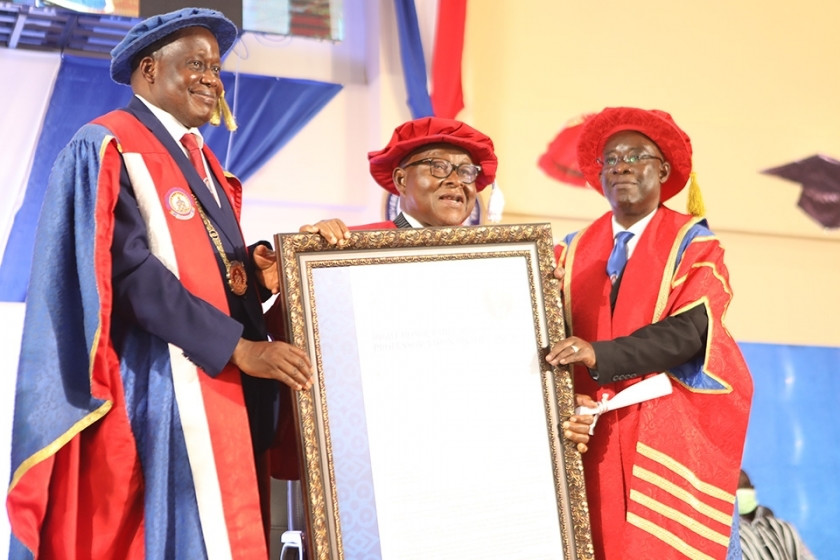 The new administration block and the registrar block were named after Professor Akwesi Asabre Ameyaw, the Second Vice-Chancellor of the university, and Professor Emmanuel Kwesi Ampene respectively. 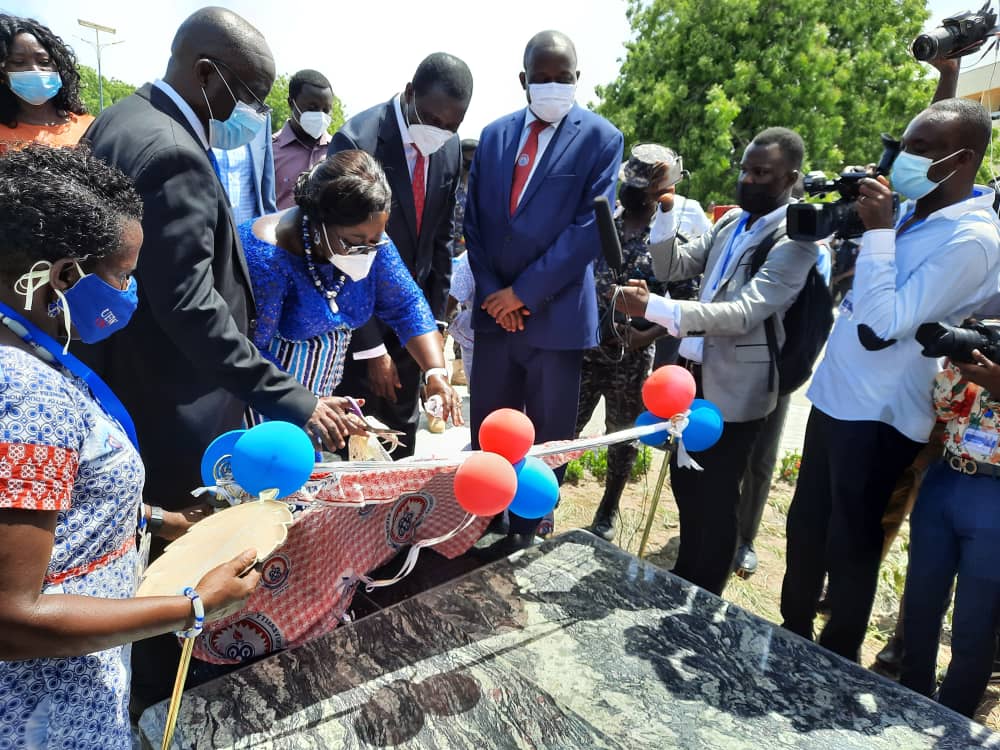 “We initiated the construction of an ultra-modern 14 new lecture theatres across the various campuses of the university with 5 of the theatres located in Winneba, and two each at the then Kumasi and Asante Mampong satellite campuses. I am delighted to report that 8 out of the 10 projects earmarked for Winneba are ready with six of them at the North campus and 2 at the South campus. The other 2 should be ready in two months and I will commission it before handing over in September,” Afful Broni noted.

The Chief of Staff, Frema Opare Osei, while commissioning the project on behalf of President Akufo Addo applauded the university for such an achievement, and urged them to continue to do more to support the government’s flagship program the free SHS. 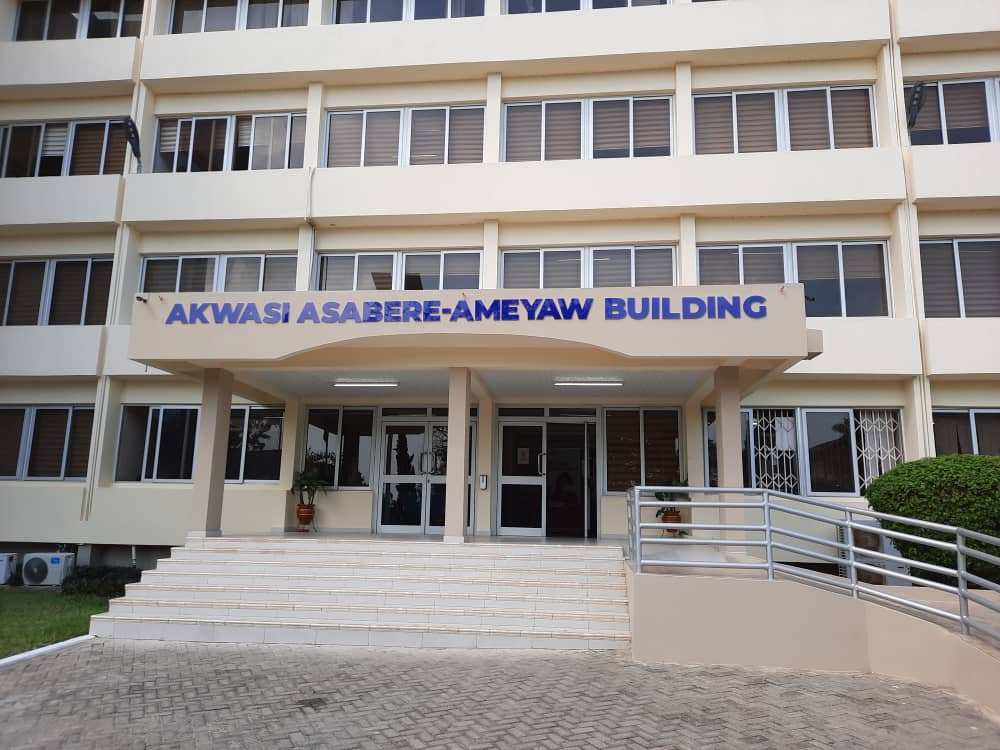 “I am happy the University of Education has invested heavily in infrastructure development in anticipation of the high number of graduates being churned out in our Senior High Schools. I am particularly impressed with the use of internally generated funds to do these projects” the Chief of Staff, Frema Opare Osei said.