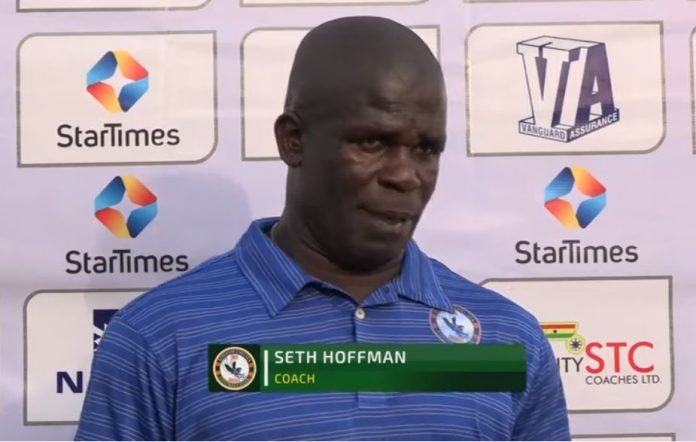 Berekum Chelsea recorded their 12th loss of the season after being defeated by Accra Hearts of Oak continuing three-match winless run in the league.

Despite being placed 12th on the league log, Berekum Chelsea is just two points above the relegation zone.

Speaking at a post-match conference, the experienced coach said they would have to work hard to improve their standing in the league especially with seven matches to end the season.

“Injuries and yellow card accumulations have disrupted our performance on the field but most of the key players are gradually coming back and I believe with the full complement of my team, we can survive the season,’’ he said.

When asked about what accounted for their 2-0 loss against Hearts, Hoffman had this to say: “Hearts utilized their chances and got two goals in the first half. We came in strong in the second half but we couldn’t utilize our chances and I have to congratulate my boys for their performance.”

Berekum Chelsea have a crucial match-week 28 encounter against King Faisal in a crucial relegation battle.