Only 78.4 per cent of children of school going age in Adaklu receive teaching instruction 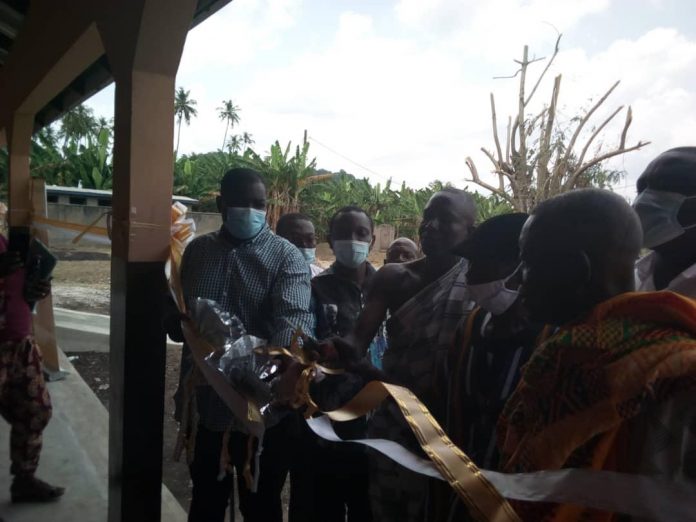 The Deputy Director in charge of Planning at the Adaklu District Directorate of the Ghana Education Service, Mr. Samuel Bruku, has stated that only 78.4 per cent of children of school-going age in the district were in school.

He said both the government and parents had roles to play to enable the district to achieve gross enrollment.

Mr. Bruku said this during the commissioning of a two unit classroom block for Adaklu Sikama District Assembly Basic School in the Adaklu district.

The project also include an office, store, sanitary facilities, a poly tank, chairs, and tables.

It was funded by Pencils of Promise (PoP), a Non-Governmental Organization which provides classroom blocks, sanitary facilities, chairs, tables and teacher support to Kindergarten and Primary Schools in the country, and Mr. Kwame Agbodza, Member of Parliament (MP) for Adaklu.

PoP paid 80 percent of the total cost of the project which was not disclosed while the MP paid 20 percent by providing sand and chippings (stones).

Mr. Bruku, therefore, appealed to PoP and other benevolent organisations to help eliminate all schools under trees and also address the furniture deficiency.

He lamented the dwindling academic performance of Junior High Schools in the district saying “we held the first position in the region in the 2017 BECE and was the 10th in the country that year but four of our schools scored zero percent in the 2020 BECE.

Mr. Bruku said during the last BECE in the district, seven of the candidates were pregnant whilst 14 were lactating mothers.

“The classroom blocks being built by PoP and others are meant for teaching and learning and not maternity homes,” he advised.

Mr. Bruku noted that indiscipline was on the ascendency in schools in the district and appealed to all stakeholders to join hands with teachers to nib it in the bud.

He said non-availability of textbooks in schools was also inhibiting effective teaching and learning.

Mr. Timothy Gobah, Country Director of PoP said since its establishment in the country nine years ago, PoP had put up 181 classroom blocks in the country out of which 24 were built in the Adaklu District.