Authorities of the St. Peters R/C Basic School in Sabronum in the Ashanti Region want government to resume work on a classroom block project which has been abandoned for over a decade.

Students of the school are forced to study in a dilapidated structure put up by the school’s Parent Teacher Association, while the abandoned classroom project gathers dust and deteriorates further. 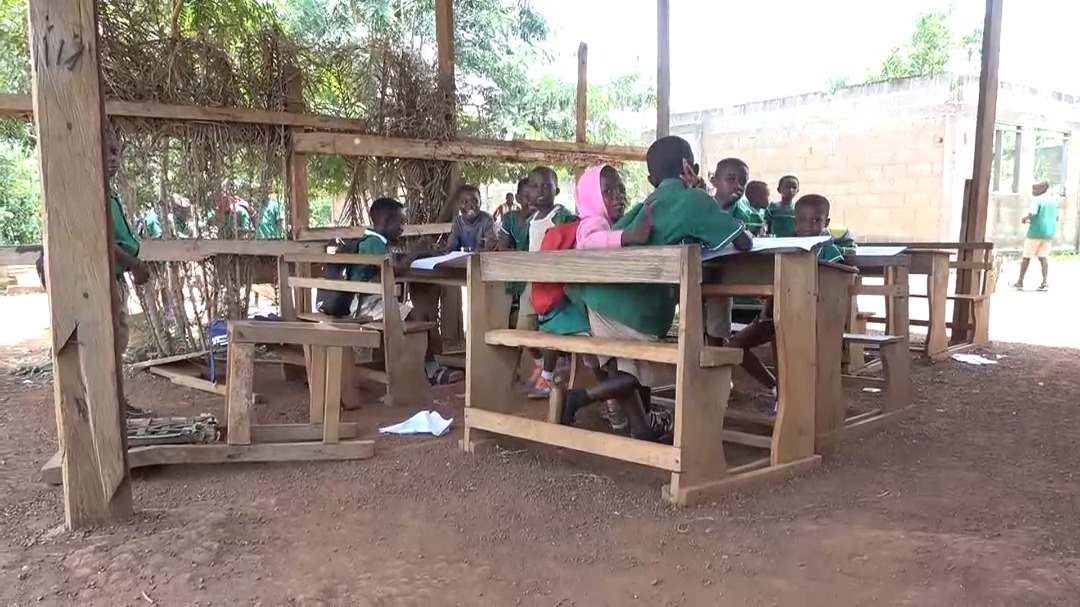 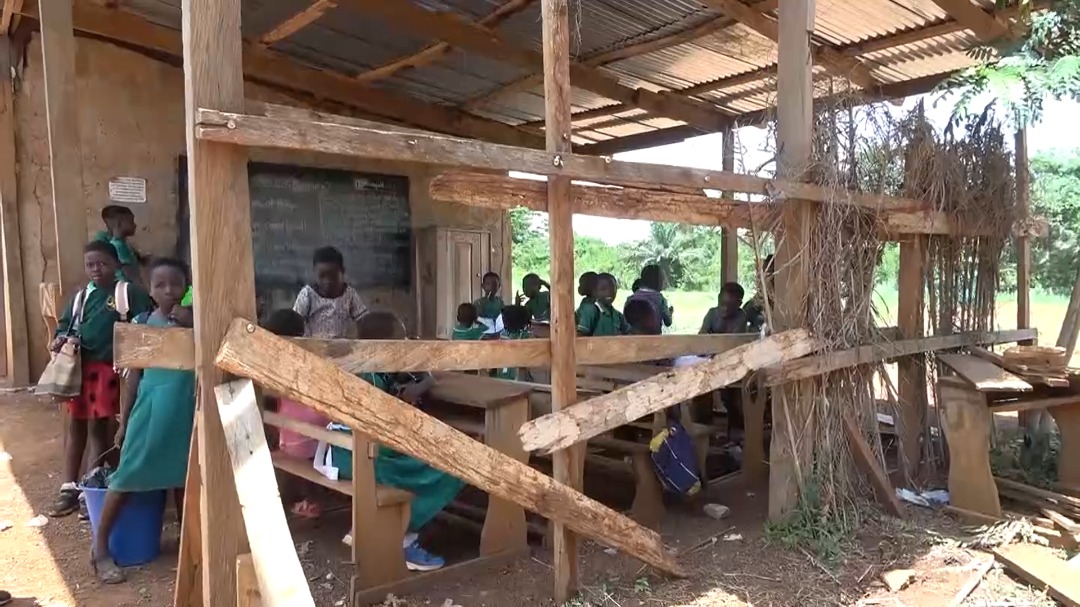 According to the school authorities, due to the poor condition of the classroom block, students are asked to go home anytime it is about to rain. This has been a major concern for residents, students and staff of the school, as it affects academic work negatively.

While the school lacks a decent classroom block, a GETFUND classroom project for the school has been abandoned for over a decade. During Citi News’ visit to the school, weeds had grown around the area, and the structure had also developed cracks.

The Headmaster of the school, Patrick Baafi, highlighted some challenges confronting the school. He wants government to resume work on the abandoned project. 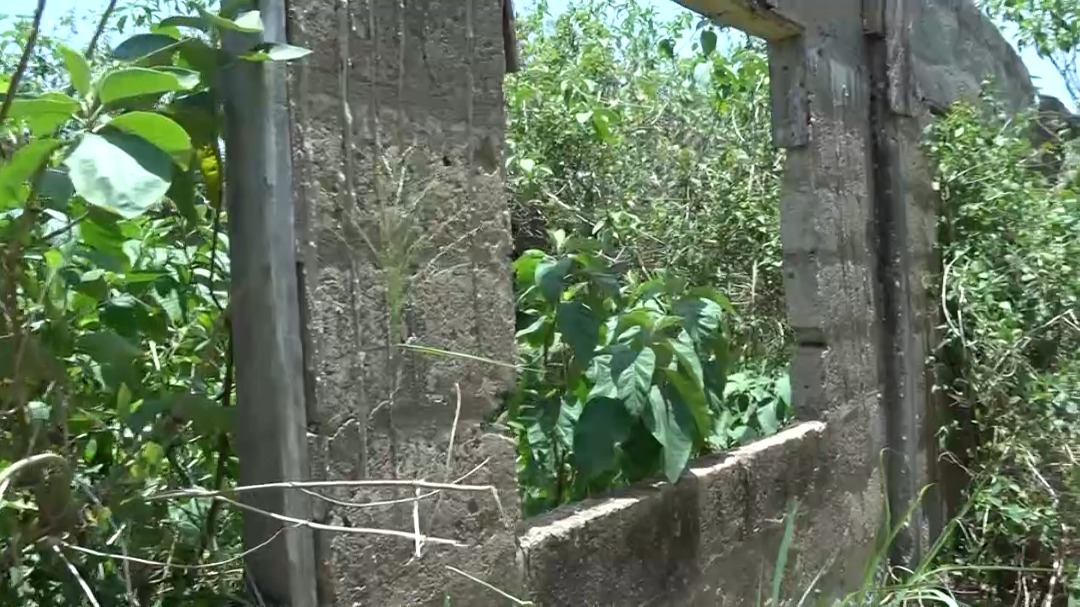 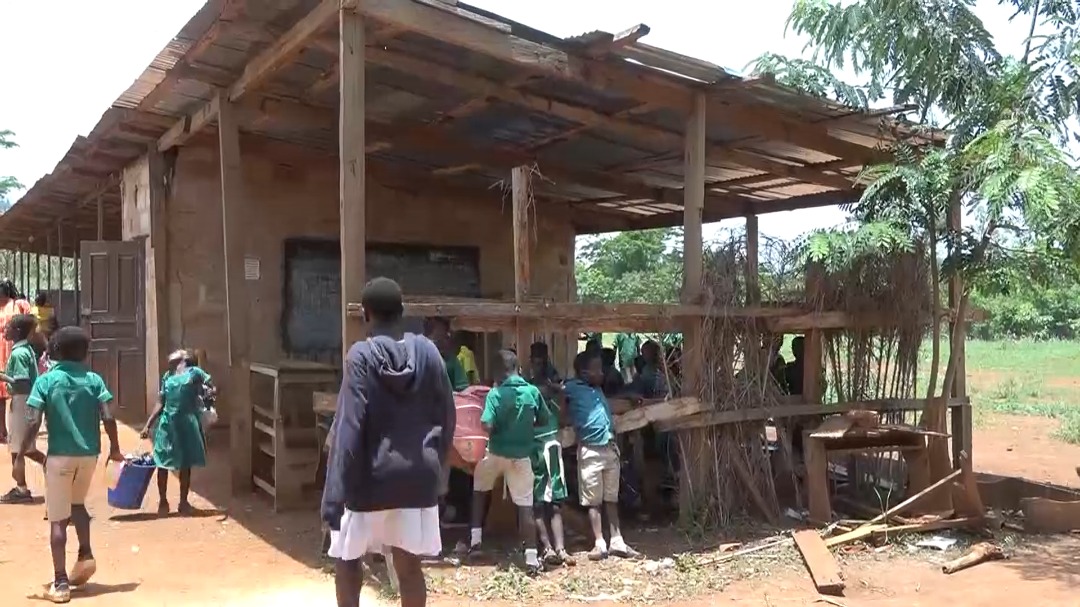 “When it rains, it forces us to close school early and at times, we don’t come to school at all because the environment would be muddy. Secondly, because the classrooms have not been cemented, termites always destroy our textbooks, tables and chairs. As a result of this, we are forced to ask parents to pay monies to be used to repair the tables and chairs. Normally, the local manager, the reverend father, helps us to repair the table and chairs and buy the textbooks. We have a lot of challenges. I want the authorities to come to our aid especially with the completion of the abandoned structure”

The local manager of the school, Rev. Father Bismark Kyeremeh Appiah, also wants government to ensure that the project is given the needed attention.

“In the school, we are facing a lot of challenges. One of the basic challenges is infrastructure. We don’t have classrooms. Meanwhile, we have a structure which has been abandoned for over ten years. The project was started by government around 2009. As at now, it is in the bush and now the students are facing challenges. We are pleading with the authorities to come and assist us”. 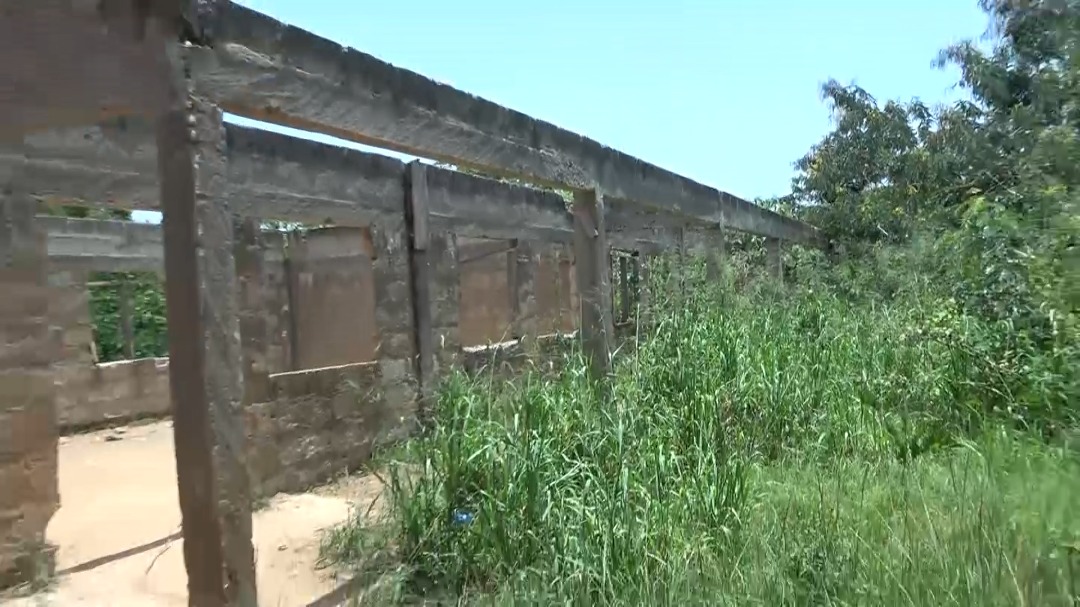 Assembly Member for the Sabronum Electoral Area, Amoah Aboagye Francis, who is a former student of the school, tells Citi News the District Assembly has made attempts to get the contractor back to site, but has been unsuccessful. He wants government to be more serious about completing the structure.

When Citi News engaged the Ahafo Ano South East District Education Directorate, the officials corroborated the claim that attempts to get the contractor to resume work on the abandoned project have proven futile.

Access to water, inadequate teaching and learning materials and the absence of a toilet facility are some of the other challenges the school struggles with.

While the students attend nature’s call in the bush, an almost completed toilet facility funded by government has been left unused, awaiting commissioning.

#CitiBusinessFestival: Recruit for the future in making businesses digital-ready