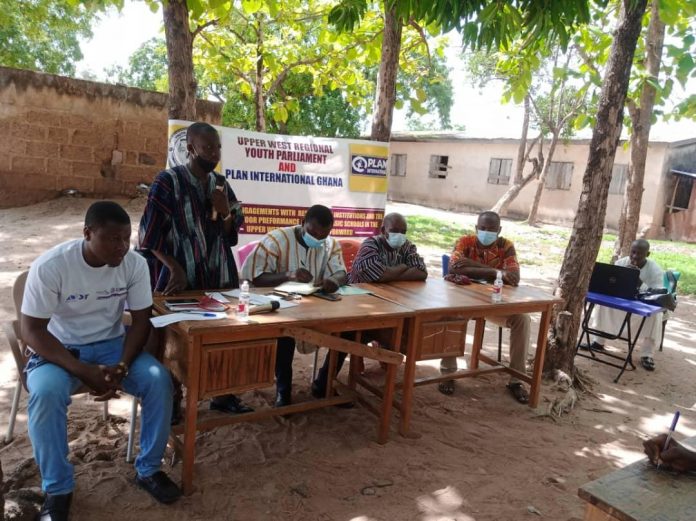 Mr Libertine Kpangkpari, the Bamahu Circuit Supervisor has stated that the cancellation of the Parents Teacher Association (PTA) levies is making it difficult for school authorities to run their schools.

He said the rainstorms had already ripped off the roofs of a number of schools within the Circuit, and just two sheets of zinc to fix the problem in some schools is challenging for the PTA because of the lack of funds. 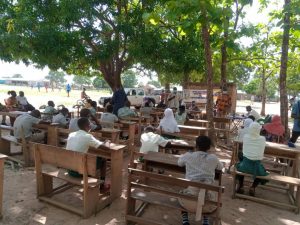 Mr Kpangkpari stated this at Bamahu in the Wa Municipality during the Upper West Regional Youth Parliament and Plan International Ghana advocacy engagements with responsible institutions and the youth on poor performance of public basic schools in the Upper West Region.

“You cannot run schools without funds”, he said. The Circuit Supervisor said the Capitation Grant was erratic and even scanty for some of the Junior High Schools (JHSs) due to low enrolment figures, hence could not be used to address any serious challenges affecting quality education in the schools.

He mentioned over-enrollment, lack of staff common rooms, and electricity in the JHSs, textbooks, ICT centres, proper parental care, poor community involvement and capacity building for teachers on the new syllabi as some of the challenges affecting performance in public schools.

Mr Kpangkpari disclosed that some computers that were given to schools in his circuit to aid in the teaching and learning of ICT had been lying idle for some time now due to the lack of electricity in the schools.

He said these and many other challenges if not addressed would continue to affect quality education in public schools.

According to Mr Anabiga, these were some of the issues the Regional Youth Parliament and Plan Ghana International were seeking to address through the introduction of the advocacy project.

A number of recommendations were made at the end of the programme to help address the poor education performance in public basic schools.

Among these are that government should review its position on the payment of PTA dues; central government past pupils, Members of Parliament, Non-Governmental Organisations, and religious institutions should all support to reduce the infrastructure deficit in public basic schools.

Parents should make time to monitor their children at home whilst guidance and counseling units should be introduced at the basic school level to counsel the girls to reduce teenage pregnancies and improve their academic performance.

The rest are the enhancement of effective supervision across schools to ensure quality education and parents should also change their attitude and take care of their children in public schools just like how they take care of those in the private school for improved academic performance.