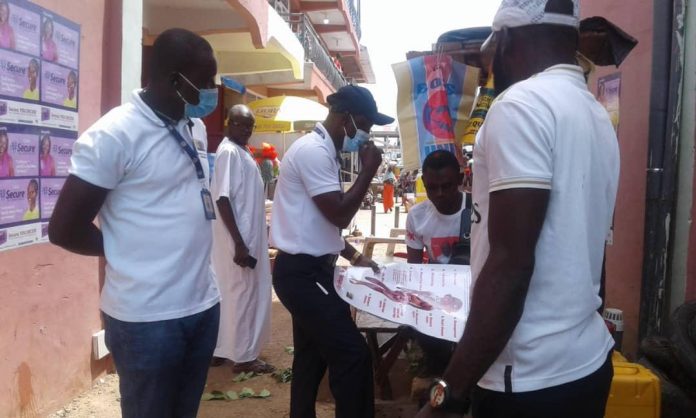 The Food and Drugs Authority (FDA), on Monday, embarked on public education on the harmful effect of smoking cigarettes and other tobacco products such as shisha as part of activities to mark World No Tobacco Day (WNTD).

The exercise, which was on an interpersonal basis and the use of a public address system, was in partnership with the Ghana Health Service, Narcotics Control Commission (NACOC) and the Ghana Road Safety Authority.

Interacting with traders, drivers and passengers at the Wa Central Market and the main lorry station, Mr Albert Ankomah, the Upper West Regional Head of the FDA, said smoking tobacco was harmful to the health and well-being of the individual. 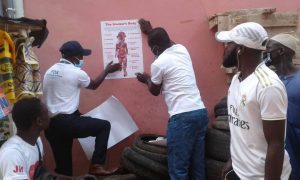 He said smoking tobacco could cause diseases such as hypertension, lung and heart disease, cancers and miscarriage among others, and advised the public to desist from it.

“If you are smoking already there is a chance for you to quit smoking because if you quit smoking you can regain the damage that has been caused”, he said.

He reminded the general public of the ban on smoking in public places saying, “You cannot smoke in the market, lorry station or bus because there is a law against that”.

“Most of the People who suffer mental illness, if you want to pick their history it will end up that the person abused substances and for that matter tobacco and other related products”, he said.

He encouraged people who had the desire to quit tobacco smoking to resort to pharmacological measures and counseling, disassociate themselves from “smoking groups”, engage in activities that could divert their minds from smoking, and to seek medical attention when necessary.

Mr Musah Hamid, Head of Education at the regional NACOC, said people who smoked tobacco for a very long time had the tendency “to graduate to smoking hard drugs like cannabis”, hence the need for NACOC to join the education against tobacco smoking.

“There are some children in my house who smoke, I have been telling them to stop smoking but they don’t listen.

“So, I will send the posters on harmful effects of smoking to paste in the house, if they see it and don’t stop smoking then its unto them and God”, Mr Yussif Yakubu, a businessman at the market said.

The World Health Organization instituted the WNTD in 1987 to be observed annually on 31st May to draw global attention to the tobacco epidemic and the preventable death and disease it causes.

This year’s commemoration is on the theme: “Commit to quit”, to stress the health benefits of quitting smoking as well as how to quit.

Rastafarian students and family reacts to the court ruling