Residents of Aboadze in the Shama District of the Western Region have threatened to boycott the upcoming population and housing census if their prolonged water crisis is not addressed before the exercise.

The Aboadze community is host to the Aboadze Thermal Power plant but has struggled with water supply for some time now due to the destruction of some pipelines caused by Twyford Ceramic’s plant expansion works and obsolete water supply lines.

As a result, the whole community has been forced to depend on just one standpipe provided by the Thermal Plant, a mile outside the community center.

Speaking to Citi News from the stand pipe area inundated with hundreds of yellow gallons, the Assembly Member for Aboadze, Emmanuel Avevor, said the situation has brought untold hardship to residents. 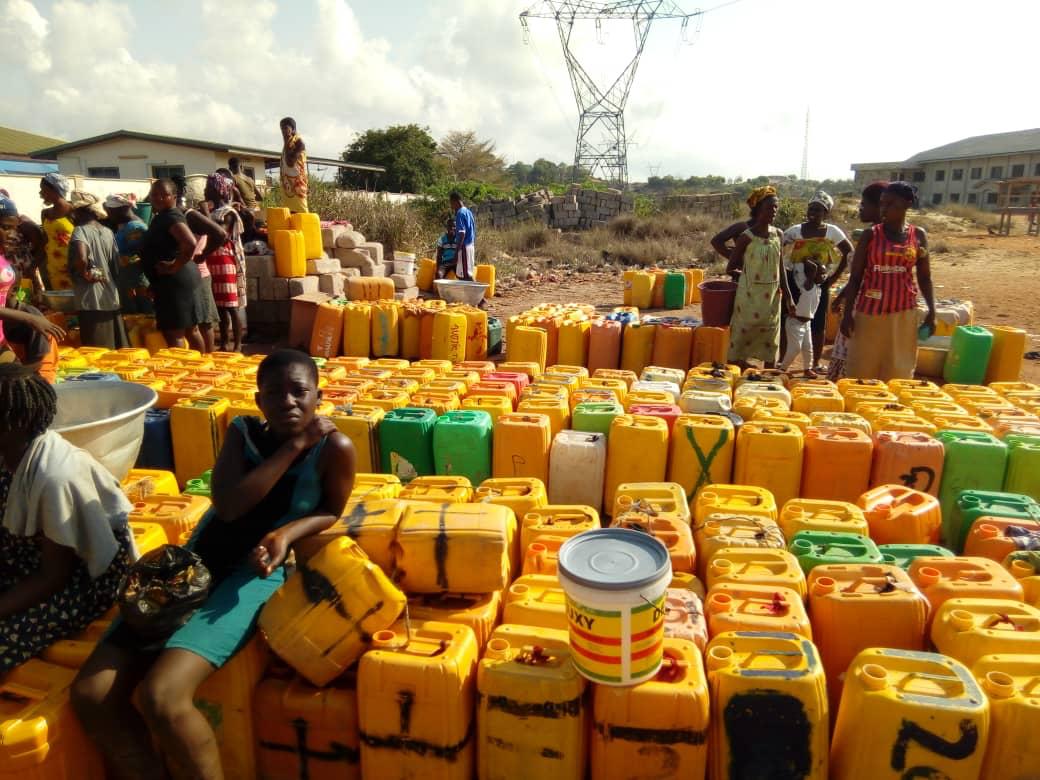 “Aboadze and Abuesi have had this water challenge for quite a long time, and the crisis has worsened such that we don’t know when we’re coming out of the crisis. So we are pleading to the government to fix it. What we are seeing over here is the same as what’s happening at Abuesi where people have to carry gallons searching for water over long distances. Look at the large crowd here and all these people trek all the way from Inchaban, Jomo to Shama Junction before they can get a gallon of water to bathe or to use for other things”

“We are pleading with the government to help address this water crisis. Moreover, we are having VRA, TICO, Amandi Power Plants, and Twyford Ceramics in this enclave, and we are still suffering with just one stand pipe. This cannot be sufficient for us because within Aboadze to Abuesi, we have about 20 to 30 thousand people, so we are pleading to the government to help us. We the Aboaze and Abuesi people are not going to take part in the upcoming census if the problem is not addressed within the about 30 days to the census. We are taking ourselves out of the population census”, he said.

A resident of Aboadze, Richard Acquah, also told Citi News they are planning a demonstration against the government and the Ghana Water if a solution is not found immediately. 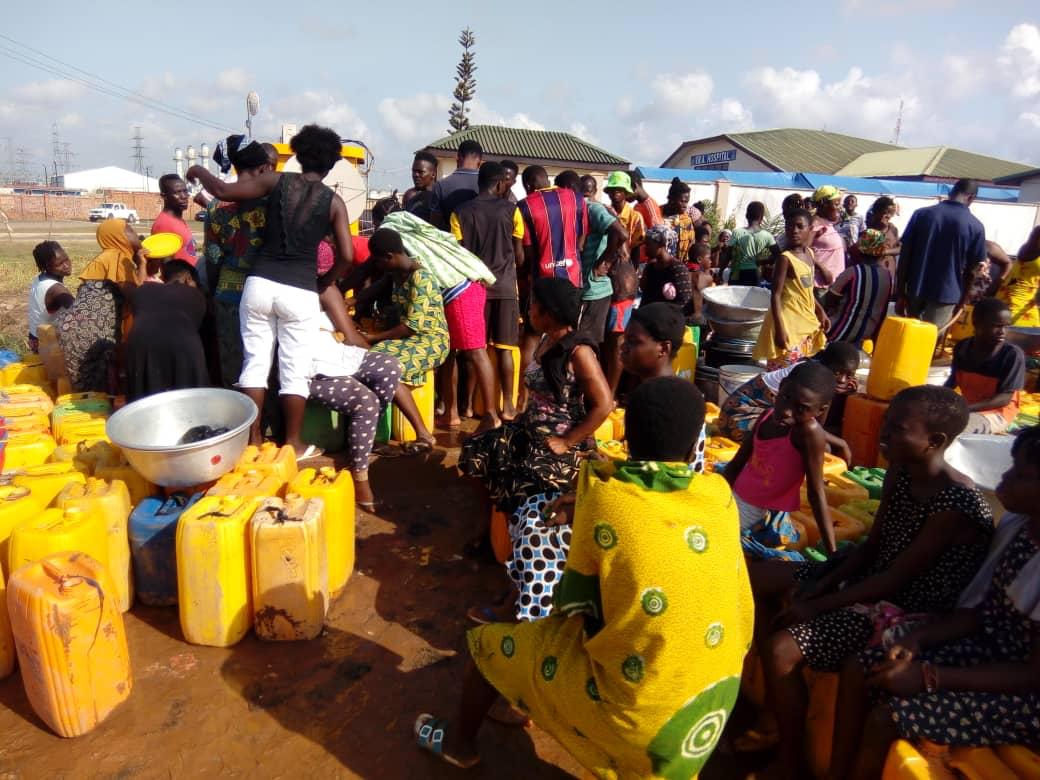 “In fact, the water crisis situation over here is quite disheartening. We could even see children almost every day waking up early in the morning in search of water. At times, they need to trek from Aboadze to Inchaban to search for water, and we have made several appeals but to no avail. So we are once again pleading with government that they should come to our aid immediately, else we will be tempted to embark on a serious demonstration.”

“According to information we just received, there was a problem with our line at Twyford and the Ghana Water Company went there to assess the situation and upon assessing the situation, they did some estimate for the Twyford company to pay, and the company has done extremely well by paying the money, but up till this time, nothing concrete has been done about our situation. So if Ghana Water Company is listening to me, they should do something urgent, else we will embark on the demonstration, and we are going straight to their office to do the demonstration”, he said.

In a response to the concerns of residents, the Shama District Chief Executive, Joseph Amoah, alluded to the residents’ hardship caused by the expansion works by Twyford Ceramics and obsolete water pipelines.

“I am fully aware, and we are doing a lot to solve it. We have engaged Twyford company and Ghana Water Company to ensure that they repair the damaged portion. Unfortunately, there seems to be no agreement between GWC and Twyford as to the cost, and where to lay the pipe. Today I am meeting the management of Twyford over that. Apart from that, we are also levying the companies within the enclave to construct a new water line from the Inchaban waterworks to Aboadze-Abuesi communities. The immediate cause is the damage caused by Twyford as a result of their 3rd phase construction. Some other causes are the outdated pipelines laid more than forty years ago, hence the need to construct a new pipeline for the area“, he said.

Snow falls in Drakensberg and Lesotho