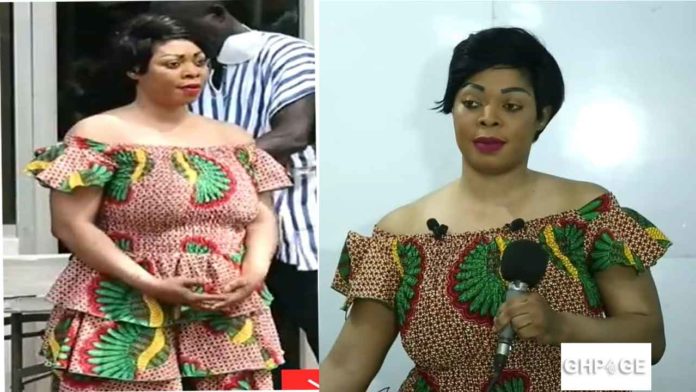 Former HIV/AIDS Ambassador Joyce Dzidzor Mensah took an HIV test on live TV to clear the doubt of Ghanaians in regards to her illness.

The ambassador held a press conference which was attended by several media houses and took an HIV test in their presence.

While addressing the media, Joyce apologised to anyone she offended during her tenure as the AIDS Ambassador and also to regain the trust of Ghanaians.

The former ambassador later took the HIV test with her two children at the press conference.

“The purpose of his gathering is to clear all doubt and officially apologise on certain things that happened during my time as Ghana AIDS Ambassador. So many things went wrong and I have seen where I fell short so I decided to fly all the way from Germany to make sure I contribute to ending this issue. I am only here to right the wrongs”, Joyce stated.

Well, after the result came out, Joyce Dzidzor tested positive while her two children tested negative for the virus.

More commentaries followed after she was declared positive;

Bla Erikus added: Eeii this woman, is she still alive?????