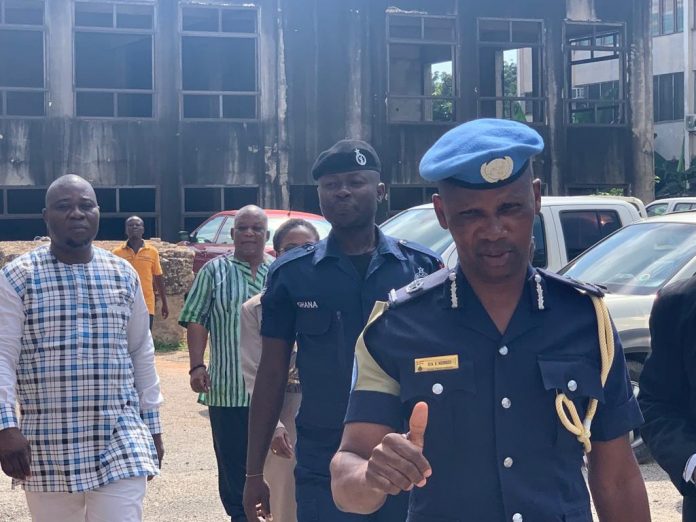 An Accra High Court will on Tuesday, June 8, commence trial of 10 persons held over various roles allegedly aimed at destabilising the country.

The State is expected to call its first prosecution witness out of the 19 witnesses.

During the hearing on Tuesday, Mr Kojoga Adawudu withdrew the application for variation of bail terms because the court had pointed out that he had no right to represent some of the accused persons who had their own lawyers.

Mr Adawudu, who represented six of the accused persons, is said to have filed the bail variation for WO II Esther Saan, whose lawyer was bereaved.

The court then struck out the application for bail variation as withdrawn.

Eight of the accused persons were admitted to bail by after they had been charged with high treason.

Assistant Commissioner of Police (ACP) Dr Benjamin Agordzo and Bright Alan Debrah Ofosu, as at May 26, this year, were the only persons who had executed their bail.

The accused persons were all admitted to bail in the sum of GHC18 million cedis.

ACP Dr Agordzo and Col Gameli are being held on the charge of abetment of high treason and both were granted bail in the sum of GHC1 million with two sureties, one to be justified.

The other eight were admitted to GHC2 million bail terms each with two sureties to be justified.

This was after they had been charged with high treason and conspiracy to commit high treason.

The 10 accused persons have denied the charges.

It is the case of the State that the accused were part of a group known as “Take Action Ghana” (TAG), a non-governmental organisation, which is alleged to have planned to embark on demonstration against government and possibly take over governance.

As part of the alleged plot, Dr Mac Palm, who is said to be the master mind of the plot, along with Kafui and Ofosu, planned to kidnap the President, the Speaker and the Chief of Defence Staff and force the President to announce his overthrow.

The State contended that a map was found in possession of the accused persons showing some important installations such as the Jubilee House, the Ghana Broadcasting Corporation, Burma Camp, the 37 Military Hospital, the National Police Training School, as their targets.

In the case of ACP Agordzo, the State accused him of donating GHC2,000.00 to TAG to aid its cause and he also drafted a speech for Dr Mac-Palm to be read at TAG’s planned demonstration.