The President of the Republic, Nana Addo Dankwa Akufo-Addo, says Government is using digital technology to stimulate the growth and transformation of the Ghanaian economy, thereby ensuring that every Ghanaian derives the maximum benefit from this process.

Speaking at the launch of the 25th anniversary of telecommunications giant, MTN, on Wednesday, 2nd June 2021, President Akufo-Addo stated that since assuming office in 2017, his government has taken decisions that have provided the necessary impetus to stimulate the economy on several levels. 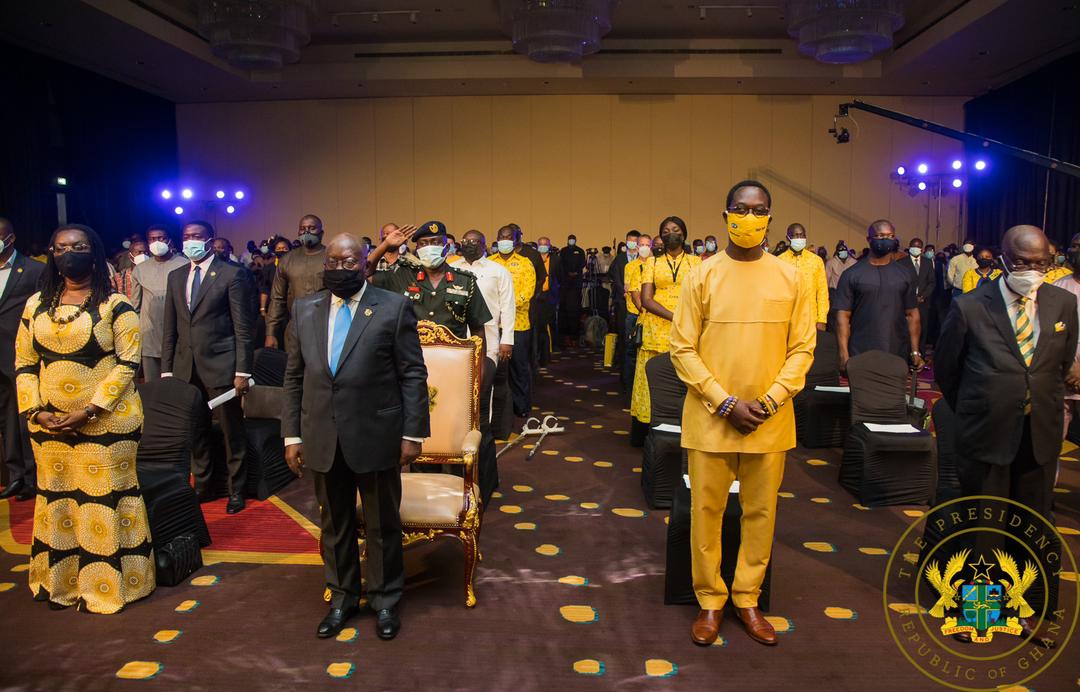 “We recognised that having a national database was one of the critical elements of a digital economy, and instituted that as a matter of priority, by implementing the National Identification programme, and completing the first phase of the National Digital Property Addressing System, to support geolocation and the issuance of postal codes,” he said.

Addressing the gathering, the President noted that in order to make the Ghana Card the primary source of identification to access services in the country, most Ghanaians have been registered onto the National Biometric Identity Card, adding that it will enhance coordination amongst state institutions, and provide significant benefits to citizens. 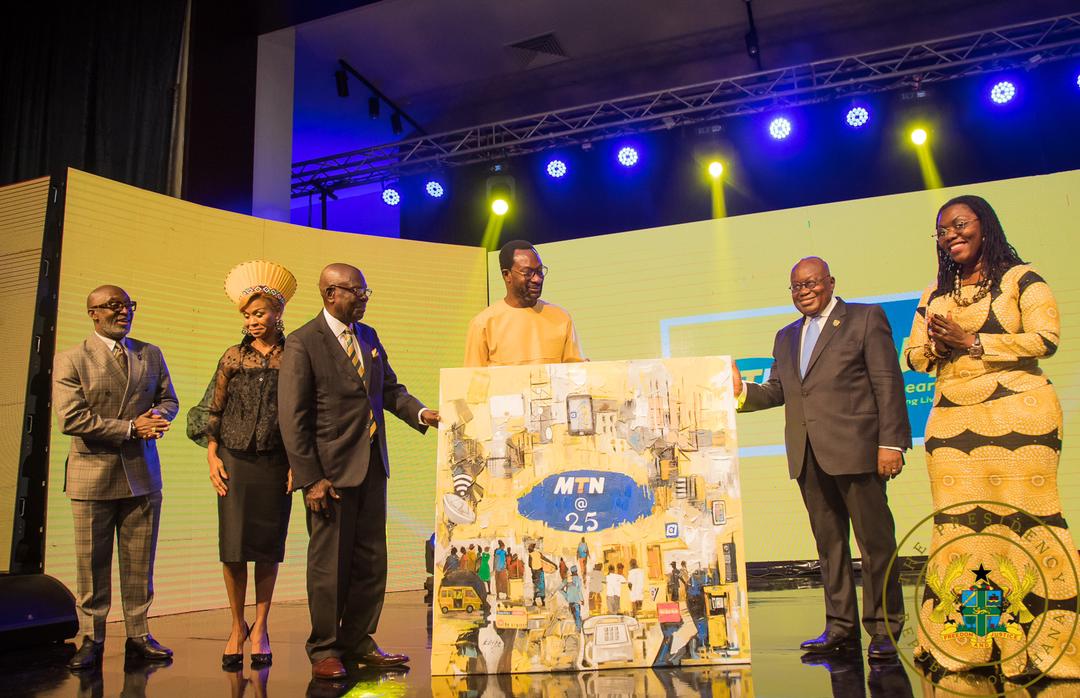 “Indeed, just last year, the National Health Insurance Card was integrated with the Ghana Card as part of the consolidation process. It has also been integrated with GRA to form the TIN number, and it will be used to verify all SIM registrations shortly. The overall objective of the government is to integrate all databases for the effective administration of the country. Big data analytics, machine learning, and the internet of things are becoming a reality in Ghana,” he added. 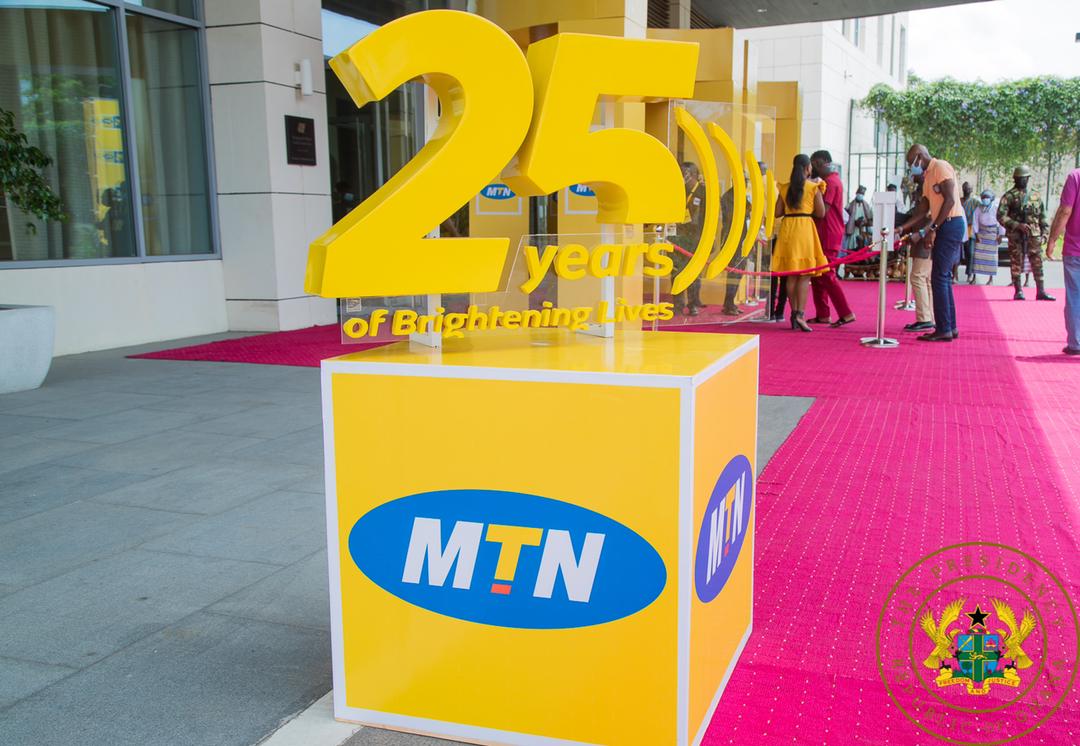 President Akufo-Addo told the gathering that the Ministry of Communications and Digitalisation is also embarking on an ambitious national broadband infrastructure development programme for the ICT Sector, with a special focus on providing total connectivity to the unserved and underserved communities in the country.

The Rural Telephony and Digital Inclusion Project, he indicated, is currently being rolled out, and the construction of 2,016 solar-powered cell sites across the country has begun in earnest, to provide voice and data connectivity to millions of rural dwellers and also facilitate national roaming.

In addition to this, he stressed that a Common Monitoring Platform (CMP), which monitors communication traffic and provides real-time verification of transactions in the telecommunications sector, has been established as a measure of transparency and accountability to build trust and improve the working relationship between government and players in the industry. 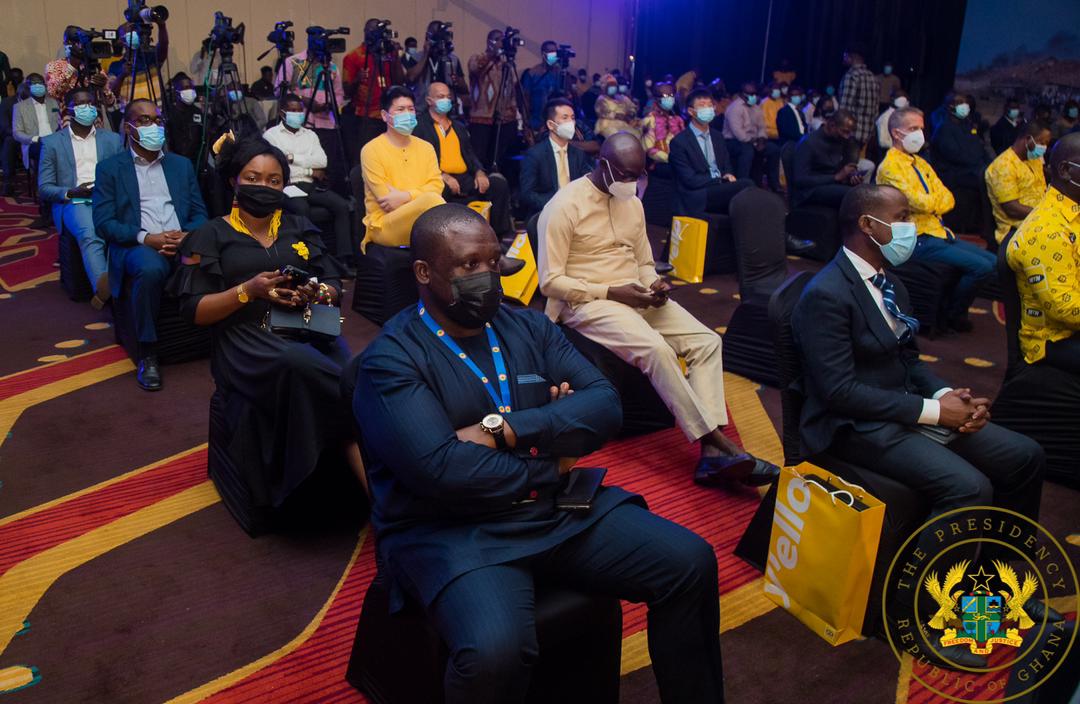 “Government is committed to ensuring efficiency in the delivery of public services, and has rolled out e-government services, including the introduction of paperless port operations, e-procurement, e-parliament, e-justice, e-registrar, and the use of the smart workplace virtual office application, amongst other initiatives,” he said.

President Akufo-Addo continued: “An electronic platform for the payment of all government goods and services, the ghana.gov.gh platform, has been established to promote efficiency and transparency in revenue collection, and improve upon the security of transactions in the public sector.”

Through the Accra Digital Centre, the President told the gathering that the government is providing state-of-the-art, commercial office spaces for ICT businesses and BPOs, and trains the youth in startup businesses. 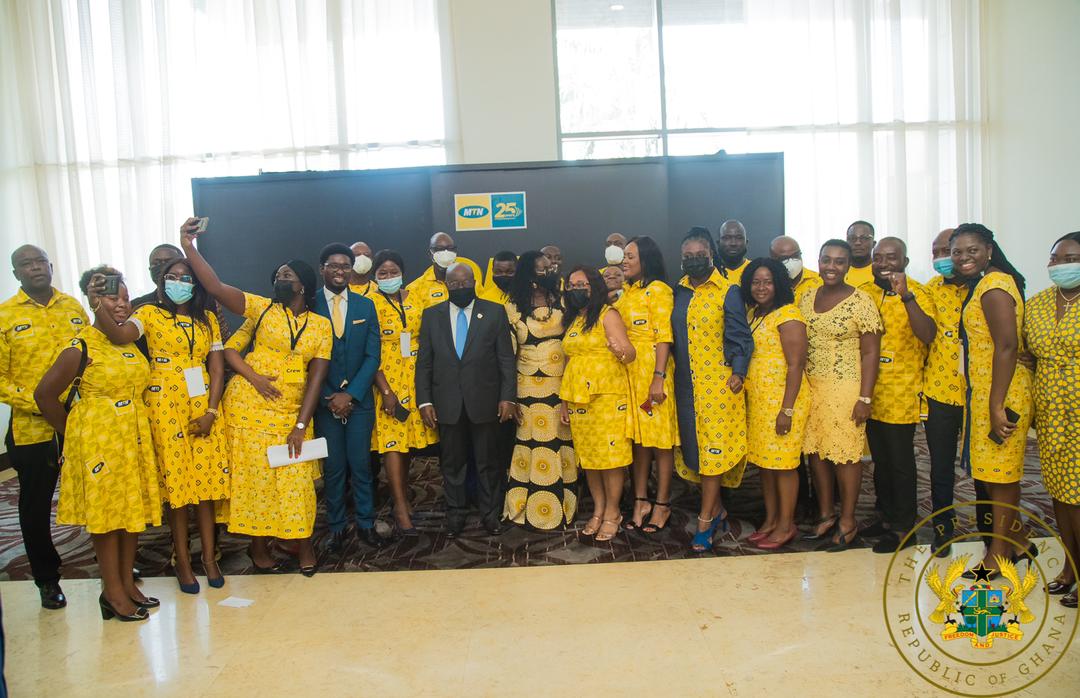 Having established the mobile money interoperability platform to promote the seamless flow of cash amongst the various networks, President Akufo-Addo told the gathering that he is “proud that Ghana is the first African country to introduce a universal QR Code, which has the ability to meet the needs of both banked and unbanked customers by facilitating payments from multiple funding sources, such as mobile wallets, cards or bank accounts, on any platform.”

With the digital revolution faced with security and data privacy challenges, he indicated that the government has put in place the right cybersecurity and data protection laws to sustain the quality of experience in the use of digital services.

Following the coming into force of the African Continental Free Trade Area (AfCFTA), President Akufo-Addo was confident that digital platforms, systems and technology will play pivotal roles in the success of the AfCFTA.

He, thus, urged MTN and, indeed, all players in the industry to continue to collaborate with Government, “as we roll out further initiatives to deepen digitalisation in a more sustainable way”.