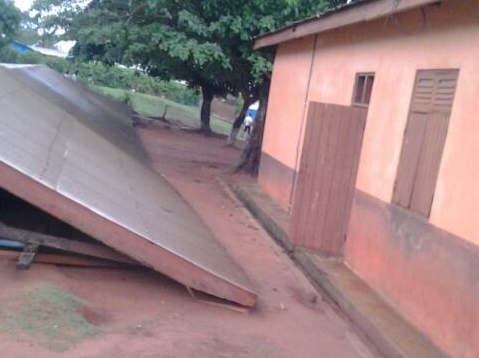 A woman and her three-year-old daughter perished on Wednesday when the house they lived in collapsed at Kasaam in the Kwabre-East District of the Ashanti Region.

Maame Akua and her child, Ama Serwaa, reportedly died at the hospital in the early hours of Wednesday.

Mr. Attakora Amaniampong, the Assembly member of Kasaam, told the Ghana News Agency that the building collapsed due to a rainstorm that hit the area.

“We had a distress call that one of the houses in the community had collapsed in the course of the rains, and when we proceeded to the scene the two persons had been trapped under the rubbles,” he said.

Mr. Amaniampong said a rescue team managed to pull off the heavily injured persons from the debris and they were rushed to the hospital but died later.

The bodies of the deceased, he said, had since been deposited at the morgue for autopsy.

When contacted, the District Police Command confirmed the incident, saying investigations were underway.