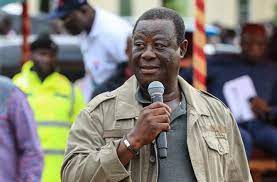 The Ministry for Roads and Highways indicates it has completed at least 15 road projects that were initiated and completed between 2017 and 2020.

The Ministry indicated this in response to some claims that the government had not completed any road project throughout Akufo-Addo’s first term. In a press release on Tuesday, June 1, 2021, the Ministry presented a list of 15 road projects it said institutes a portion of what it had done since 2017.

The list involves roads that were initiated and completed by the Akufo-Addo administration between 2017 and 2020.

Most of the listed projects were completed in 2020, and are situated in various parts of the country.

The Ministry also provided some clarity specifically made by the Minister including the pledge to construct 20 interchanges by the end of 2024. It said four of such interchanges had been completed already.

Below is the Press Release, 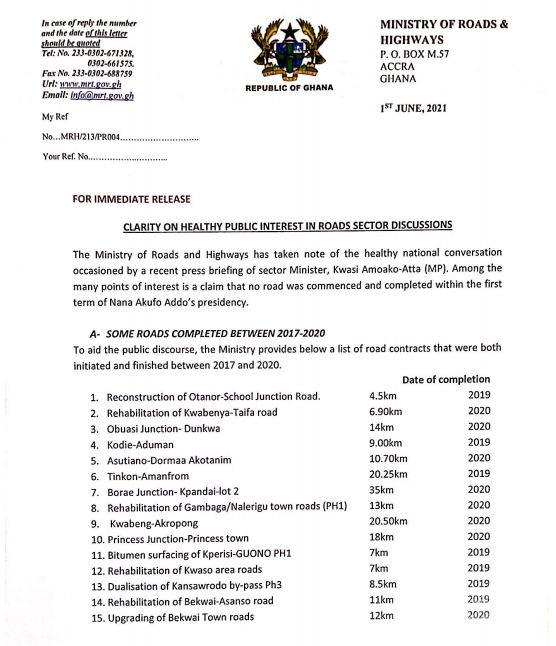 Video: Never Leave by Salamatu feat. Paula Too Much