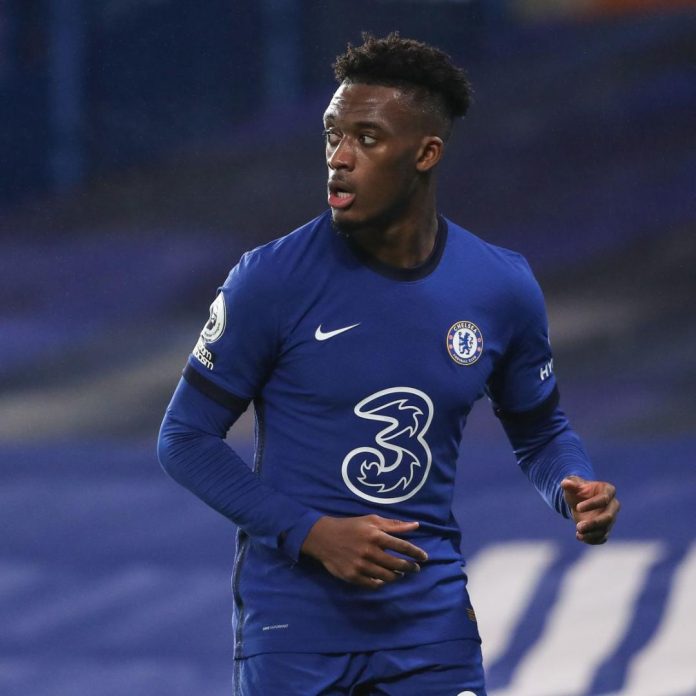 Sakumono was agog when Chelsea and England winger, Callum Hudson-Odoi on Thursday, June 3, joined fans of Champion League winners, Chelsea in a training match at the Queensland School park.

The 20-year-old Chelsea star, whose side scored an avalanche of goals in the friendly seven aside match, managed to net a hat-trick and gave numerous assists to beat a promising side led by musician King Promise.

While playing, he responded intermittently to rousing cheers from his fans who had thronged the pitch to watch him play for the first time in Ghana.

The Chelsea attacker touched down in the country for summer holidays barely a week after helping The Blues to win the Champions League in a fiercely contested final against Manchester City.

Owing to his Ghanaian parentage, Hudson-Odoi is the second son of former Hearts of Oak Ghanaian midfielder, Bismark Odoi and plays for England where he was born.

Kwabena Bretuo Afoakwa, a 14-year-old pupil of Queensland International School, who was among the spectators, expressed his excitement at the Chelsea player’s visit Ghana days being crowned European Champions, and said, he aspired to play like him in the future.

Malaria prevention education must be sustained