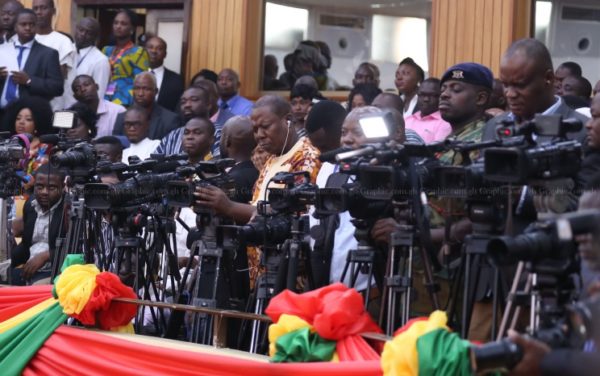 President of the Liberia Journalists Association, Peter Quaqua, has asked journalists to be committed to responsible journalism which focuses on public service instead of what he terms “partisan journalism” which some practitioners have veered into.

He is worried that the situation where journalists are aligned to political parties results in misinformation and affects the image of the media in the public domain thereby creating insecurities for journalists.

Mr. Quaqua attributed this to low remuneration, poor working conditions and political ownership of media outlets. Mr. Quaqua was speaking on GBC Uniiq FM in Accra on the sidelines of a two-day African Journalists Leaders Conference in Accra.

He observed that political infiltration into the media space is not limited to Ghana and asked journalists in Africa, not to become tools for political propaganda.

Touching on the theme of the conference “Building Stronger Unions to Enhance Media Freedoms” , Mr. Quaqua encouraged journalists to voluntarily register with the GJA and become active members of the Association.

He also challenged the GJA to embark on outreach to bring under its umbrella all practicing journalists.

This he noted will give the Association a united front to fight injustices perpetrated against journalists.