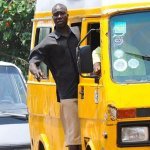 The GPRTU says it will not hesitate to take action against any driver or operators of bus terminals who will charge more than the approved fares.

The union, therefore, urged commuters to report drivers who charge above the stipulated fares.

In an interview with GBC News’ General Secretary of GPRTU, Godfred Abulbire said though drivers are not happy with the 13 percent increase in transport fares, they managed to get members to enjoy the six months Vehicle Income Tax, VIT waiver government announced for intercity transport operators in this year’s budget.

Mr. Abulbire assured commercial transport operators that there is an understanding with the Ministry of Transport to trigger negotiations for an upward adjustment in transport fares when fuel goes beyond a certain margin.

‘Our officials were not smuggling gold outside the country’