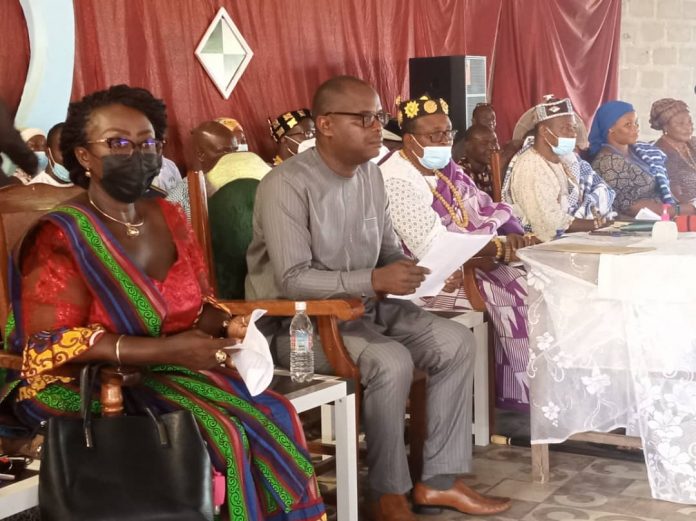 A Member of Parliament for Anlo in the Volta Region, Richard Kwami Sefe, has launched a Skills Training Apprenticeship Programme (STAP) targeting about 1,000 of his constituents for sustainable employment at the end of his first-term as an MP.

The MP launched this 2-3 year intensive Skills Training Programme at the back of a UNICEF research conducted in 2019, which showed that about “6.8 million were assessed to be poor while 2.4 million were also considered to be poorest of the poor in the country-Ghana”. 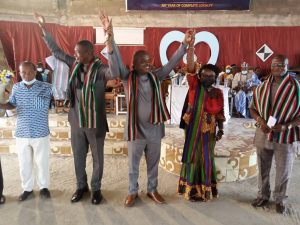 “This information revealed that these 2.4 million people could not feed themselves even if they use all their income on feeding.”

He made these revelations at a ceremony to hand over 700 apprentices (the Non-formal Educated ones) to 170 Madam and Master craft persons at Agloga.

Speaking to the UNICEF report, Richard Kwami Sefe noted, “it means that Anlo Constituency has its own share of the ‘poverty cake’, therefore, conscious efforts such as what we are observing today should be encouraged by giving skills to the youths.”

“In all, Training of a Trainee and procurement of equipment and tools will cost GH¢1,100 and the training duration is between 2 and 3 years,” he said on Sunday, June 6, 2021. 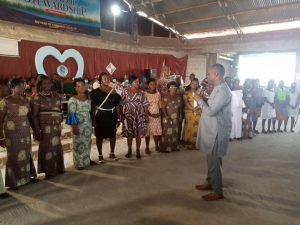 During the training periods, the MP pledged to procure the necessary equipment and tools for the 700 trainees at a cost amounting to GH¢ 840,000.

The Anlo MP revealed his commitment to the development of Anloland and with the support of everybody, “we shall all develop”.

“As result, I have engaged some specialists who came to screen 2,400 constituents’ eyes, dispensed 1,100 medicines, gave out 650 reading glasses and operated 363. I have also identified some elderly poor people in the Constituency that I have begun to support in terms of provision of food items though very sparingly for now.”

The Chairman of the occasion, Togbi Dellah Avege, Anloga extended his appreciation to the MP and promised to support him to succeed. He, however, admonished the trainees to exhibit good characters and respect throw-out the period as cautioned masters and madams to be tolerant and not see the trainees as slaves.

The MP for Ketu South, Dzifa Abla Gomashie who delivered a speech as a special guest for the event asked the gathering to respect Anlo tradition, culture and its heritage for identity.

She asked parents to teach their children and continue to practice what is culturally upright in line with Ewe traditions.

”I appeal to this gathering to reconsider what we do as a people, we are quick to embrace everything that is foreign at the expense of who we are, what our heritage is and what our culture is.” 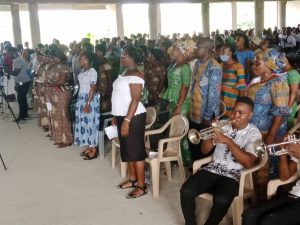 The former Deputy Tourism Minister also encouraged parents and families to make sure, their children achieve basic education before getting into a trade in order to interact freely with others they may meet in their world of work.

She explained, “education is an enabler, education is a leveller and education makes it possible for the poor and the rich to have a level playing field.”

“I agree that not everything in our culture or in heritage must continue but it is important for us to sieve through is uniquely Ewe and cherish what will make people progress and what will give our children identity,” she added.

In its remarks, the Anlo Youth Council was grateful to the MP for launching a programme aimed at securing the future of the youth.

In a statement read by a member of the Council, Edzorna Francis Mensah, on behalf of the National President, Mayor Agbleze said, “We see this apprenticeship programme as a major step to equip our youth with skills that, will make them more relevant to Alongland and the nation at large.” 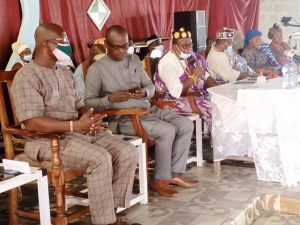 “Learning a trade in any form is as important as attending a higher education as one chooses as a career, for living.”

He stressed, “life is quite difficult nowadays, “so if Anlo MP thought it wise, to train thousands of our young people at his cost, he deserves applause from us.”