Car snatcher ties taxi driver to the back of his car and drags him to death at Ohwim Amanfrom, Ksi 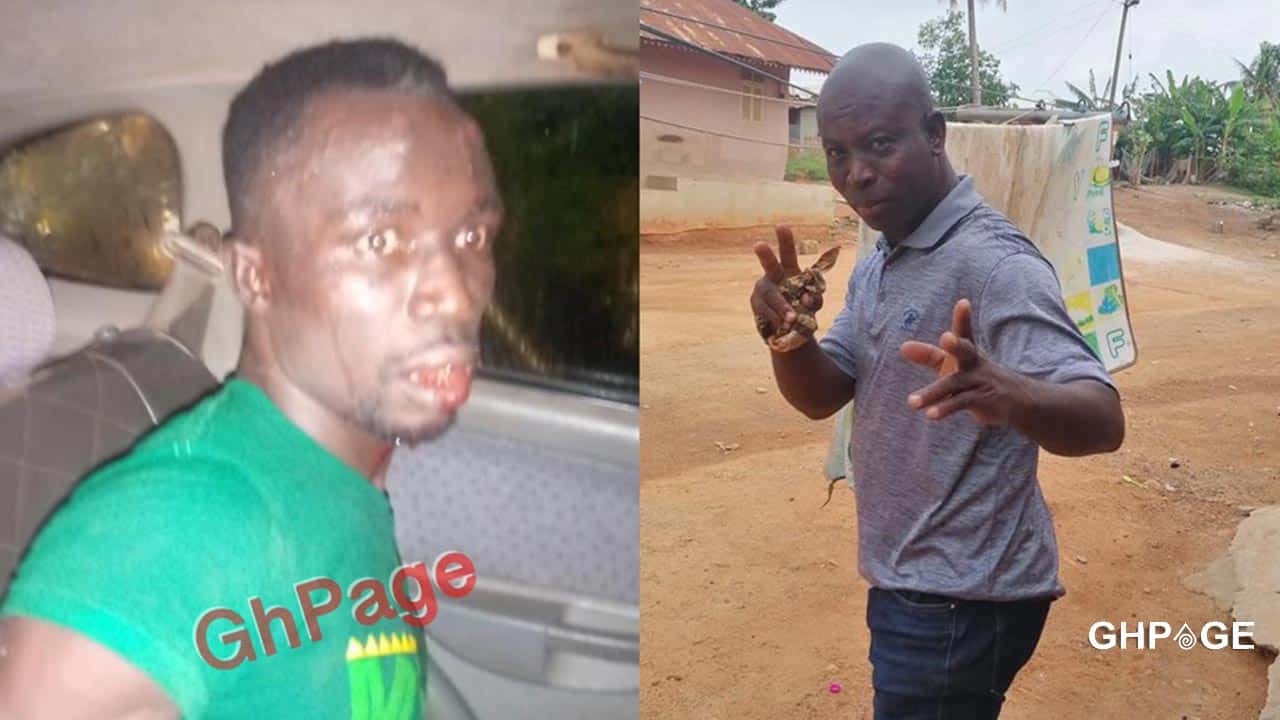 GhPage has received reports of a taxi driver who has allegedly been killed at Ohwim Amanfrom, a suburb in Kumasi.

According to an eyewitness who narrated the story to GhPage, the taxi driver whose identity has not been revealed is believed to have struggled with the car snatcher who is a notorious guy in the area.

SEE ALSO: I caught my boyfriend banging my own mother even though I paid his school fees – Ghanaian Lady weeps online (Photos)

When the car snatcher overpowered the taxi driver, he allegedly tied him to the rear of the car and dragged him on the ground from Ohwim Amanfrom the town’s station to a new site.

It took a bystander who suspected something when he saw the suspected car snatcher who goes by the name Yaw Cranking and raised an alarm drawing a crowd.

Luckily for them, a policeman was passing by and confronted the man whom everyone was afraid to go close to him.

WATCH THE INCIDENT BELOW

After seeing the dead taxi driver, he immediately arrested the suspected car snatcher, Yaw Cranking. He was sent to Ampame Bohyen police station with the help of other police officers he called in.

The incident occurred around midnight on Monday 7th June 2021. Ohwim Amanfrom is part of the Atwima Nwabiagya Municipal Assembly of the Ashanti Region.

GhPage will update you when there is more information.

The post Car snatcher ties taxi driver to the back of his car and drags him to death at Ohwim Amanfrom, Ksi appeared first on GhPage.

Sugar daddy gets emotional after his girlfriend dumped him

Don Little stabbed me in the back – Funny Face shares story

We'll call off strike if meeting with FWSC is successful