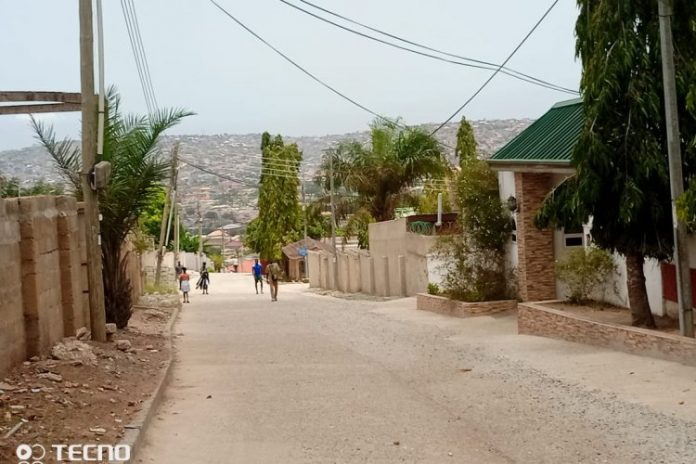 Residents of McCarthy Hill in Accra have threatened to go to court to stop the activities of a cement factory sited near the Panbros Salt Company on the Mallam  Weija Highway.

President of the Residents Association, Eddie Quainor said the company ‘Empire Cement’ is operating illegally and its works are a threat to their health.

Empire Cement is situated next to Panbros, a salt company on the Mallam Weija Highway.

A visit to the site showed four huge silos with heavy-duty machines carting what looked like white clay into the factory.

My request to speak with the managers of the factory was unsuccessful as the security guard who mentioned the owner’s name as Archibald Piatoo said he was not available.

Though I was not allowed into the facility, I could hear activities ongoing in the yard.

President of the McCarthy Hill Residents Association Eddie Quainor said apart from cement, they have information that the factory also produces other items such as huge packaging bags.

He said the factory if not stopped from operating in the area will cause health-related issues.

Mr. Quainor said they will resort to court if nothing is done about the situation

According to the residents, Empire Cement which started operations last year has not been given permit to operate because of its effect on the salt company whose product is domestically consumed.

CLOGSAG at war with PSWEPS over pension funds

CLOGSAG at war with PSWEPS over pension funds