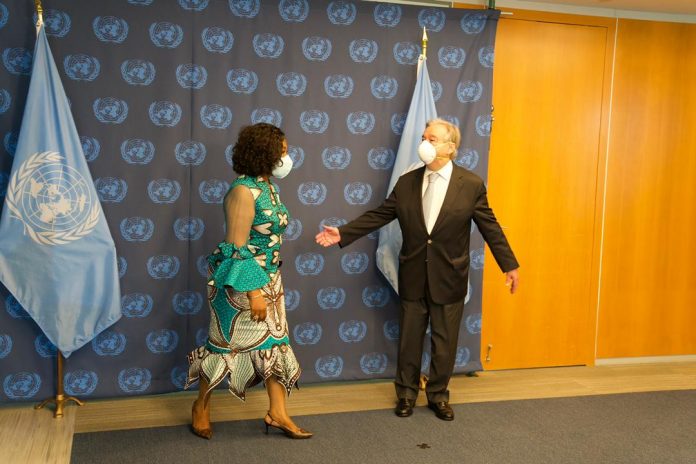 Ghana’s Foreign Minister, Madam Shirley Ayorkor Botchwey, has taken Ghana’s campaign to the Non-Permanent Seat at the UN Security Council a notch higher by calling on the UN Secretary General, António Guterres, at the UN Headquarters in New York.

Ghana’s top envoy, Madam Shirley Ayorkor Botchwey, used the occasion to brief the UN scribe about what Ghana intends to do when elected onto Security Council, which include promotion of peace and security, scaling up the fight against terrorism and piracy in the Gulf of Guinea, climate change and helping to reduce unemployment in Africa.

The UN Secretary General was also informed by the Foreign Minister of the decision by DRC to withdraw from the race to be elected onto the UN security.

The development paves way for the two countries, Ghana and Gabon to get the nod to represent Africa on Friday, June 11, 2021, when election is held.

Africa has two slots on the ten non-permanent seats on the US Security.