The third year of the ongoing pilot implementation of the RTSS malaria vaccination in the Nkwanta North District in the Oti Region is suffering from a high rate of attrition as a result of migration.

Health authorities in the district say, the frequent migration of beneficiary families who are mostly farmers, coupled with inadequate logistics to trace defaulters for the fourth dose of the vaccine, has threatened to derail the success chalked so far.

The malaria vaccine implementation programme was established by WHO in 2019 in three African countries.

In Ghana, the vaccination exercise is being implemented in selected districts in seven regions, including the Oti Region. The programme targets children aged 6 months to two years. 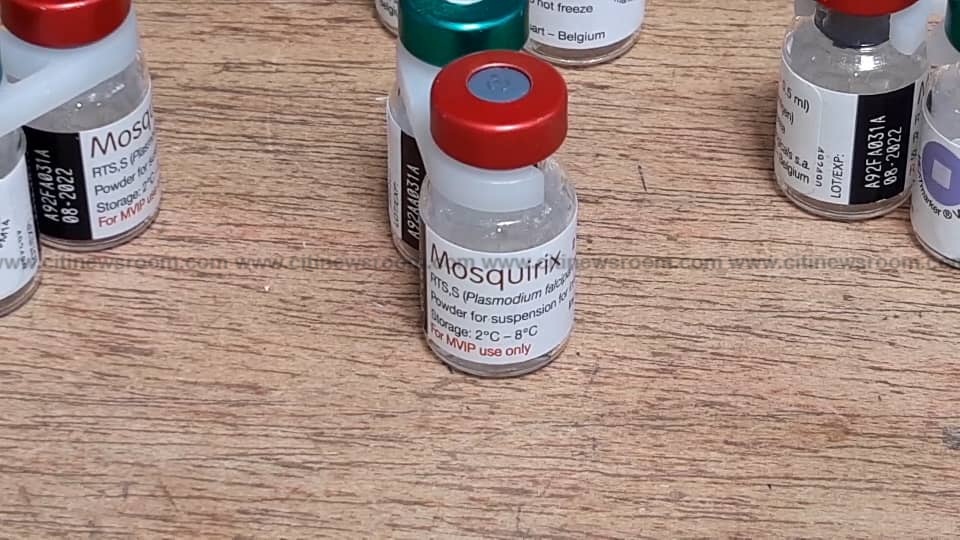 The first dose of the vaccine is administered at six months, followed by the second dose in the seventh month.

The third and fourth doses are given in the ninth and twenty-fourth months respectively.

However, health officials say, most nursing mothers do not turn up with their babies for the fourth dose.

At the Kpassa Health Center in the Oti Region of Ghana, for instance, statistics show a consistent decline in the number of children who turned up for the vaccine from the first dose.

In 2019, when the program was initiated, 480 children were vaccinated, during the second dose, the figure dropped to 334.

226 children showed up for the third round of vaccination, which further dropped to twenty-eight in the fourth round, which is taken in the twenty-fourth month.

Also in 2020, 569 children turned up for the first dose of the vaccine, but the figure dropped to sixty (60) in the fourth round of the vaccine.

“We are not impressed at all with the fourth dose coverage. We have a lot of defaulters whom we are tracing. Some feel reluctant to come, others have migrated or received the dose at our sister facilities, so we will see it as defaulting in our register,” said Jonah Komla Aseidu, a nursing officer in charge of the vaccination at the Kpassa health centre.

According to the World Health Organization, malaria claims the lives of more than 265,000 children in Africa each year, while global statistics show that, a child under five dies of malaria every two minutes.

Ghana is among the top fifteen countries in the world with the highest malaria burden.

The RTSS vaccine is the first and only vaccine to reduce malaria cases in young children in Africa, who are said to be the most vulnerable population.

The vaccine, known as the RTSS vaccine, acts against plasmodium falciparum, which is the most prevalent malaria parasite in Africa.

Despite the high attrition rate at the Kpassa Health Center, there have been some successes in the district’s performance with regard to malaria control since the introduction of the vaccine, with malaria cases at OPDs in the area dropping from 8,000 in 2019 to about 5,000 in 2020.

“Looking at the data available, we will say there is much reduction in terms of malaria under five in my district and this is partly due to the introduction of the malaria vaccine as well as other factors like the use of the insecticide-treated net,” said by Abdul Aziz Mahmud, District Director of Nkwanta North.

Felicia Nnyamagma, a nursing mother who had visited the Kpassa health centre with her fourteen months old baby and had taken the third dose of the vaccine, corroborated the report by the health officials.

“Since I delivered this boy, we have never visited the hospital for any sickness. He is 14 months old now. He has not had malaria because he has taken the vaccine and also sleeps under the treated mosquito net,” she said.

Meanwhile, Jonah Komla Aseidu has appealed for logistical support to facilitate the tracing of defaulters, this he said will ensure babies get a full dose of the malaria vaccination.