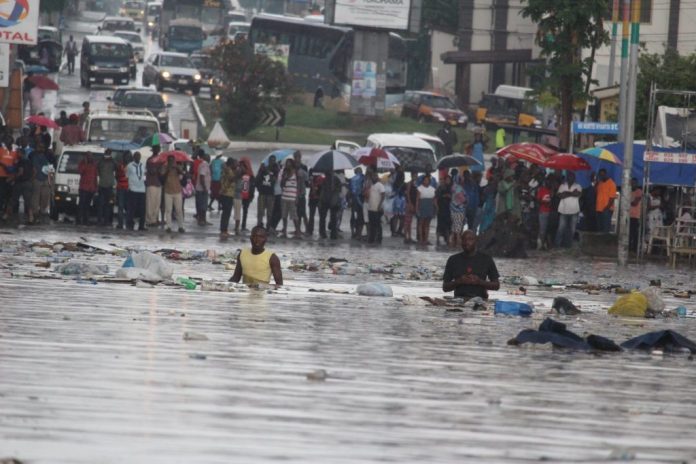 The Ghana Meteorological Agency (GMA), has implored residents of flood-prone areas in the Bibiani  Municipality to relocate to higher grounds until after the rainy season.

Mr Christian Nii Ayi, Western North Regional Director of the GMA, said the move would keep residents of such areas safe ahead of the expected heavy rains in July.

Mr Ayi, who was speaking in an interview, said in most cases, flooding occurred due to poor planning and people building in waterlogged areas.

He said improper disposal of waste materials such as spoiled refrigerators and television sets, among others which often choked gutters and blocked waterways due to poor waste management.

Mr Ayi indicated that Axim, which recorded the highest rainfall in Ghana, hardly witnessed incidents of flooding due to how the town was planned.

He, therefore, urged Ghanaians to shun the uncouth behaviour of dumping refuse into gutters, adding that there was the need to desilt all choked waterways to ensure the free flow of water to curb flooding and erosion.