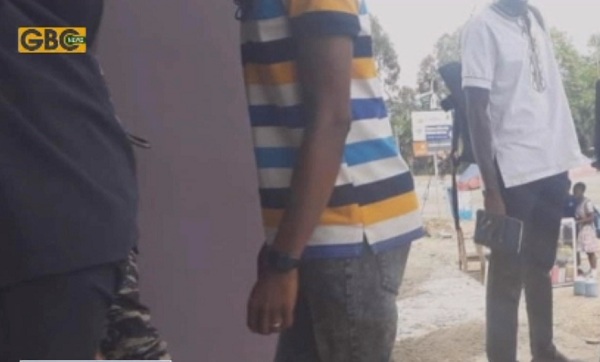 Three suspects arrested in connection with the murder of Ibrahim Mohammed alias ‘Kaaka’ at Ejura have appeared at the Asokwa District court.

They were brought to court by a team of armed policemen from the regional police headquarters on Friday, July 2.

The suspects are Isaka Ibrahim, Fuseini Alhassan, and Iddi Mohammed.

The Head of the Regional Police Legal and Prosecution Unit, Chief Superintendent Kofi Blagodzi, told the court that the suspects were picked up at their hideout in Ejura after a report of their alleged involvement in the murder of Kaaka on the 26th of June.

His appeal for adjournment to enable the police to continue with investigations was taken and the case was adjourned to the 22nd of this month.

According to Mr. Blagodzie, the three conspired on the 29th of June, and attacked the deceased around 1:30am when he was about entering his house. The suspects allegedly with weapons, brutalized the deceased and left him unconscious till he was picked and sent to Ejura hospital.

Mohammed was later transferred to the Komfo Anokye Teaching Hospital in Kumasi where he passed on. The judge upheld the prosecution presentation and consequently remanded the suspects into police custody.

Ejura: I called the military because the youth wanted to burn down the police station - Regional Minister