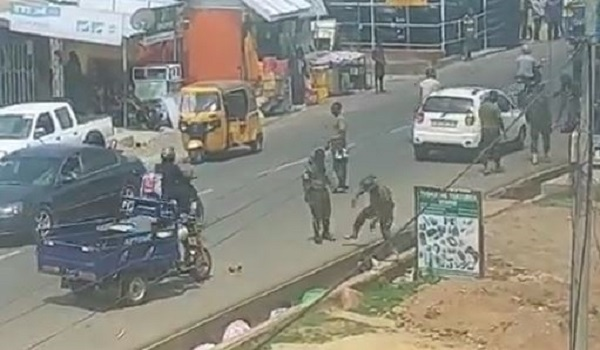 All military personnel on duty when civilians were brutalised by soldiers in Wa have been charged, tried and punished accordingly.

Three of the soldiers have been reduced in rank, while the trial of the duty officer, a lieutenant is to commence latest by Wednesday, July 14.

Minister for Defence, Dominic Ntiwul made this known when he briefed MPs on the outcome of his Ministry’s investigation into the incident.

According to him, one soldier reported the snatching of his smartphone at Tindana, a suburb of Wa. The matter was reported to the duty officer, who permitted the soldiers to go to town in search of the missing phone, which led to the brutalities.

In the process, 11 people were injured, a number of mobile phones and some amount of money got missing. 86 soldiers were involved in the brutalities.

Mr. Ntiwul said he has taken the responsibility to pay for the medical bills of those injured.

The Minority Leader, Haruna Iddrisu, commended the Minister for the swift action taken on the matter. He, however, urged him to ensure that the military is made to concentrate on their core mandate of defending and protecting the territorial integrity of the country.