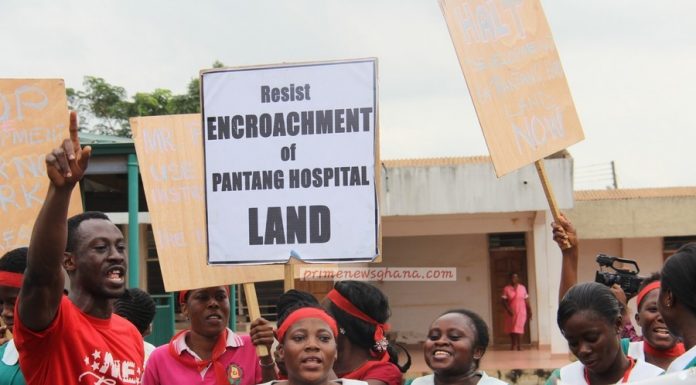 The decision to go back to work was reached after a meeting with the National Security Minister, Inspector General of Police, Minister of Employment and Labour Relations and other stakeholders on Thursday, July 8.

The workers laid down their tools to impress upon the authorities to address what they termed encroachment on their lands which they say undermined the security of the facility.

Speaking to GBC NEWS, Medical Director of the hospital, Dr. Frank Baning said after deliberations on their grievances government has assured management of 24-hour security including the construction of a fence wall within two months, for them to give off their best.

Man who murdered wife and attempted suicide dies at Apam