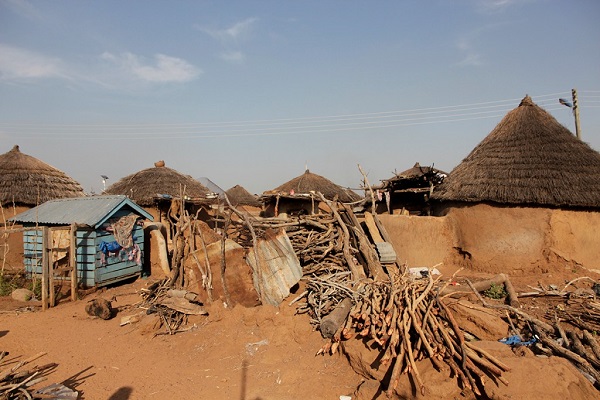 Authorities at the Gambaga ‘Witches’ Camp have confirmed shortage of food at the camp following the Covid-19 pandemic which is presenting a great challenge to inmates.

Authorities say they have been compelled by the situation to engage inmates in some form of labour to earn daily income.

The Project Coordinator of the Camp, Sampson Laar, in an interview with GBC News said the shortage of food is worsening by the day, adding that, it is extremely difficult to provide a three square meal for the inmates.

Conditions at the camp have always not been the best for the women. The rooms are semi-hats and appeared not to be in good condition for habitation, a clear reflection of the massive accommodation constraint.

The onset of the Covid-19 pandemic has further worsened their plight as visits and donations have dwindled in the last one year.

Feeding of the inmates and their children has become a daily headache for authorities and this has forced inmates to engage in menial jobs to sustain their livelihoods.

Project Coordinator of the camp, Sampson Laar, said people who engage in large cultivations within the Gambaga area hire the services of the inmates for their farm work which helps to sustain most of the women who do not have any business on their own.

Mr. Laar expressed worry about nonpayment of the Livelihood Empowerment Against Poverty (LEAP), for some inmates at the camp, even though they were all registered. He acknowledged the support of government, NGOs and individuals for their support over the years and asked them to assist in income generating activities.

The Coordinator said between January and June this year, about eleven alleged witchessought refuge at the camp whereas eight inmates were early this year integrated with their families.