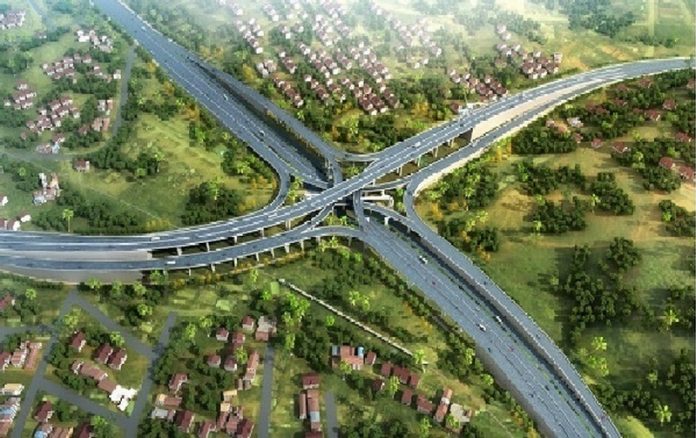 Though the four-tier interchange has partially been opened, today’s ceremony by President Akufo-Addo is a formal gesture to fully open it to traffic.

During a tour of the interchange by Engineers of the Ghana Highway Authority and the media, the Resident Engineer, Kwabena Brempong said work is 99 per cent complete.

He said the remaining works to be done now are the footbridge and fixing of road signs on gantries of the interchange.

He also appealed to advertisers not to erect billboards on the road as they have the tendency of distracting motorists.

An Engineer with the National Road Safety Authority, David Adonteng said the Authority will collaborate with the MTTD to educate pedestrians and motorists to obey directional signs and use designated footbridges to avoid accidents.