Commissioning the Pokuase Interchange in Accra, President Akufo-Addo said his administration has used $289million to construct three interchanges reiterating that the New Patriotic Party government is better at protecting the public purse. 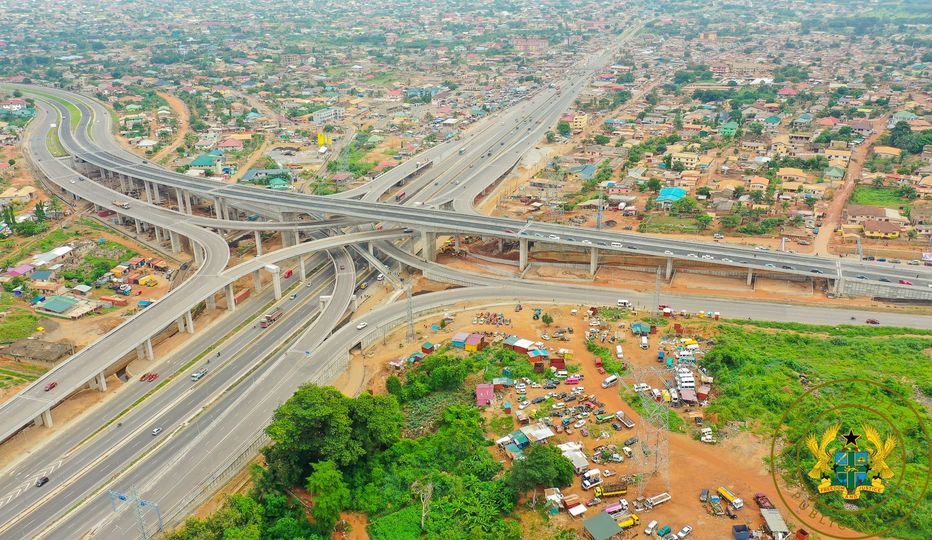 He said it is important to put on record that the original contract design was for a three-tier interchange. However, through efficient management by government, the Interchange was modified to a four-tier structure within the same contract sum.

He said the Pokuase Interchange will help solve, once and for all, the nightmare endured for several decades by commuters within and outside of this vicinity. 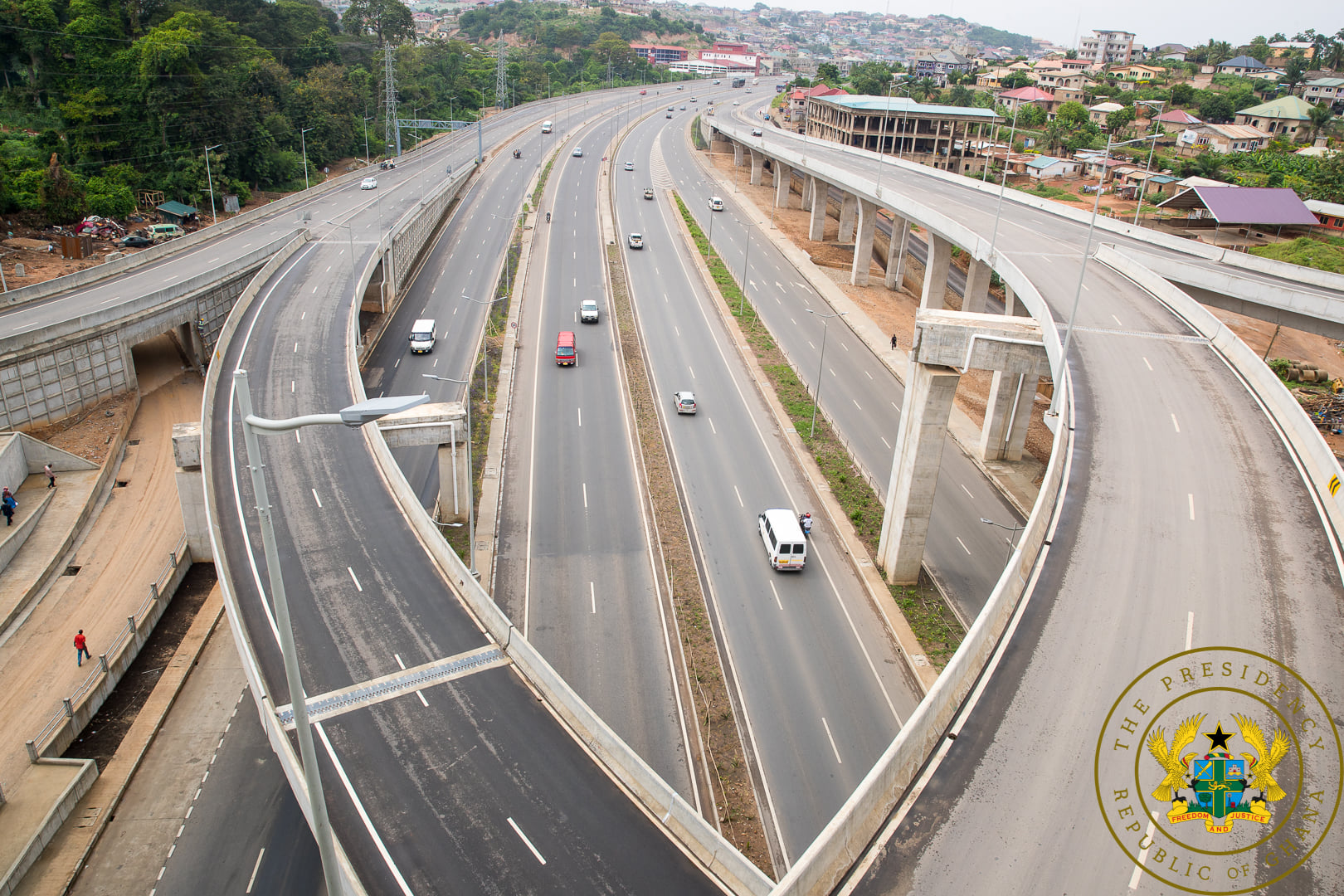 On behalf of the Government and people of Ghana, he expressed sincere appreciation to the African Development Bank, who jointly provided funds with Government for the execution of this project. 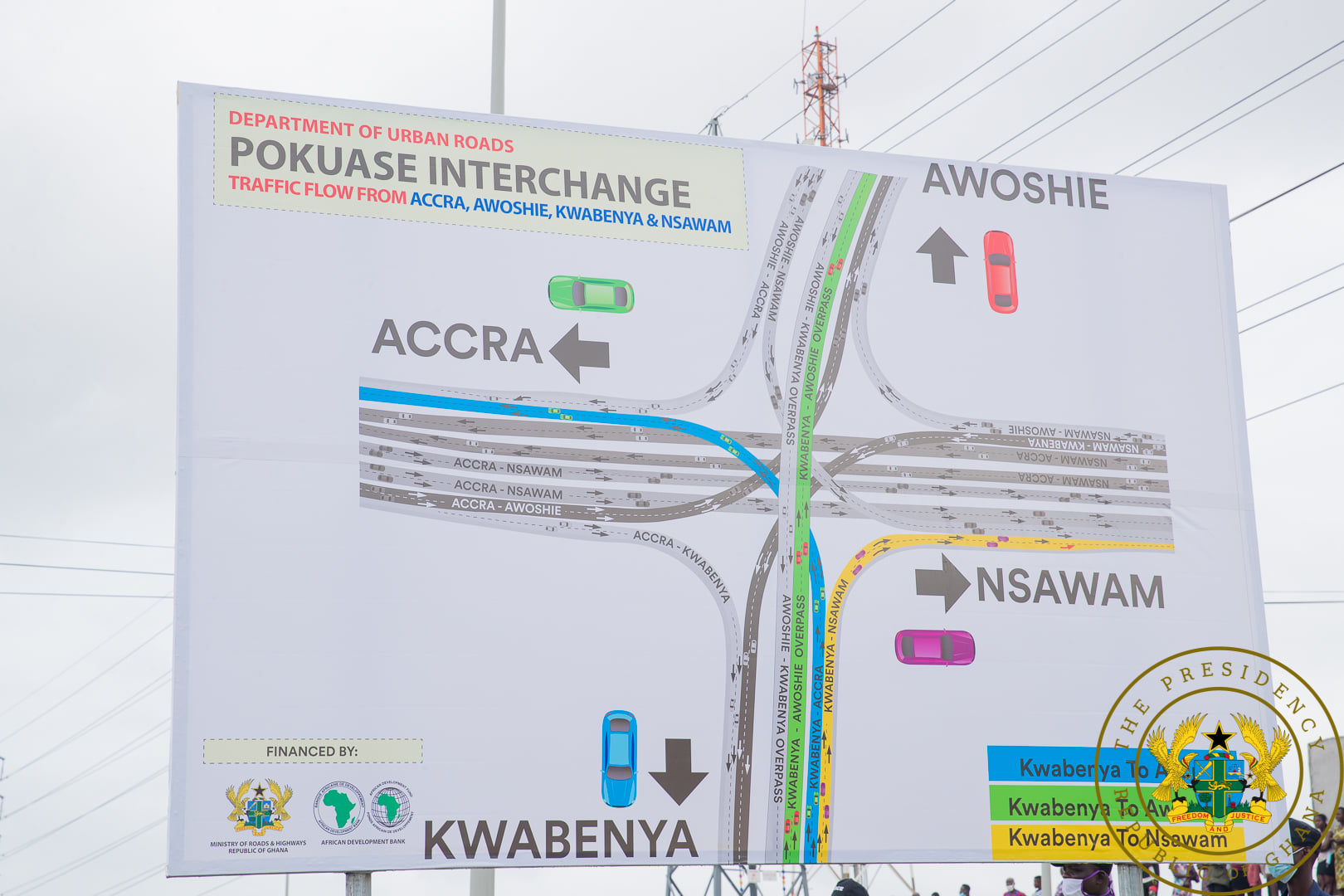 He appealed to the users of the facility, especially drivers, to adhere to the various road safety measures put in place for the safe use of the facility.

“The modernisation of Ghana is steadily gathering momentum, and I entreat all Ghanaians to join hands in building the Ghana we want”, he said.

Find Below Video on How to Navigate on the Pokuase Interchange

Mahama writes on emoluments for spouses of president, vice president