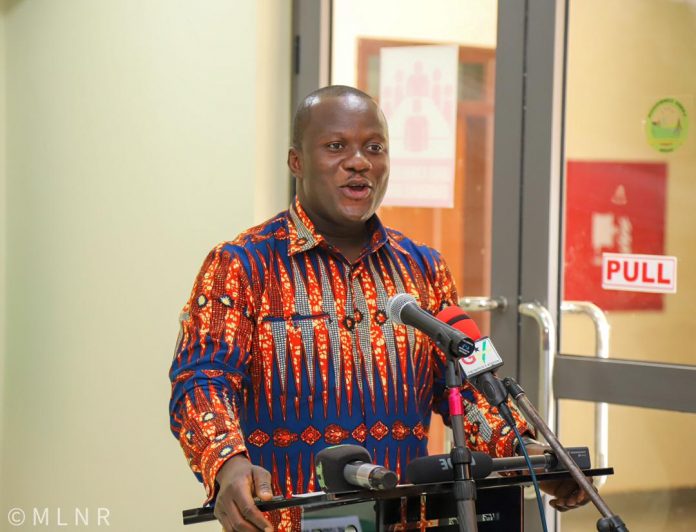 Minister for Lands and Natural Resources, Samuel Abu Jinapor has inaugurated the newly reconstituted 50-member Ashanti Regional Lands Commission with a call on them to as a matter of urgency, accelerate the needed reforms in land administration in the region. This he said will boost public confidence in the Commission and push further the socio-economic development agenda of the country. 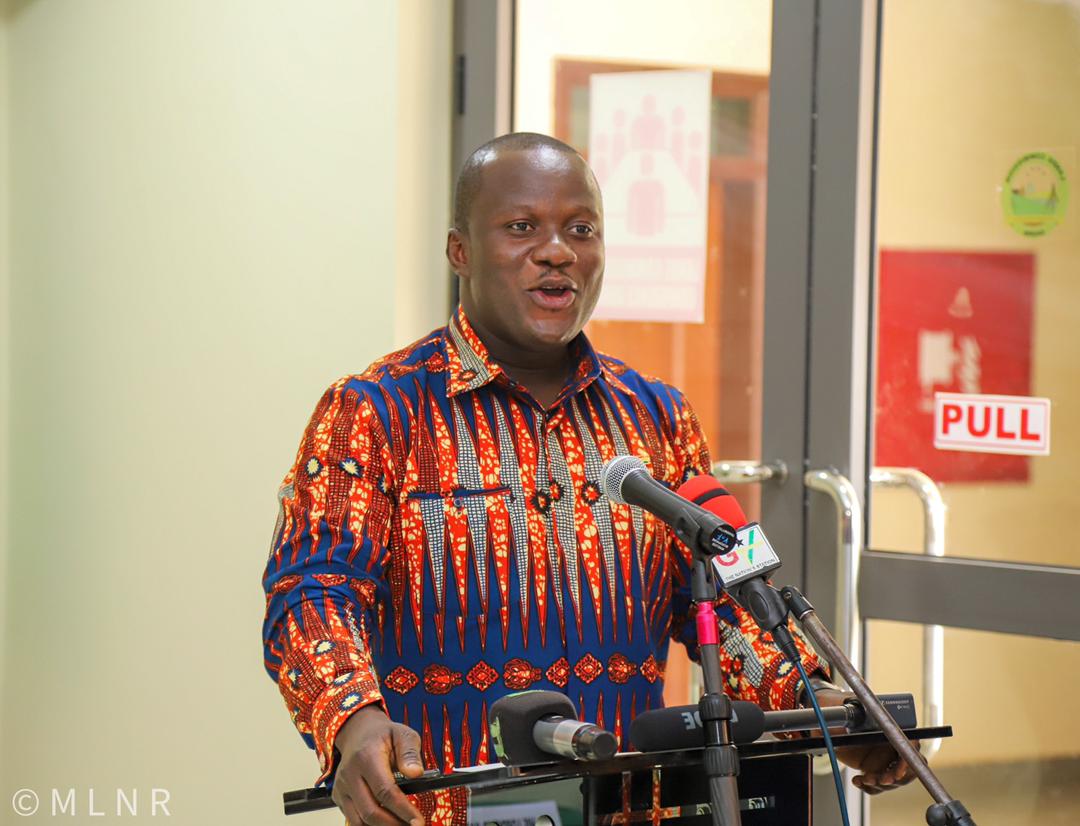 The Sector Minister explained that “Our quest to transform our national economy, to bring about the much-needed development and prosperity, cannot be achieved if we fail to anchor an effective land administration.” Mr Jinapor expressed his disappointment on the encroachment on the Berekase and Owabi Dams, which serves as the main sources of water for the Kumasi township and its environs, saying, some of the encroachers have resorted to the use of poisonous chemicals in the water bodies, dumping of refuse and deforestation among others. 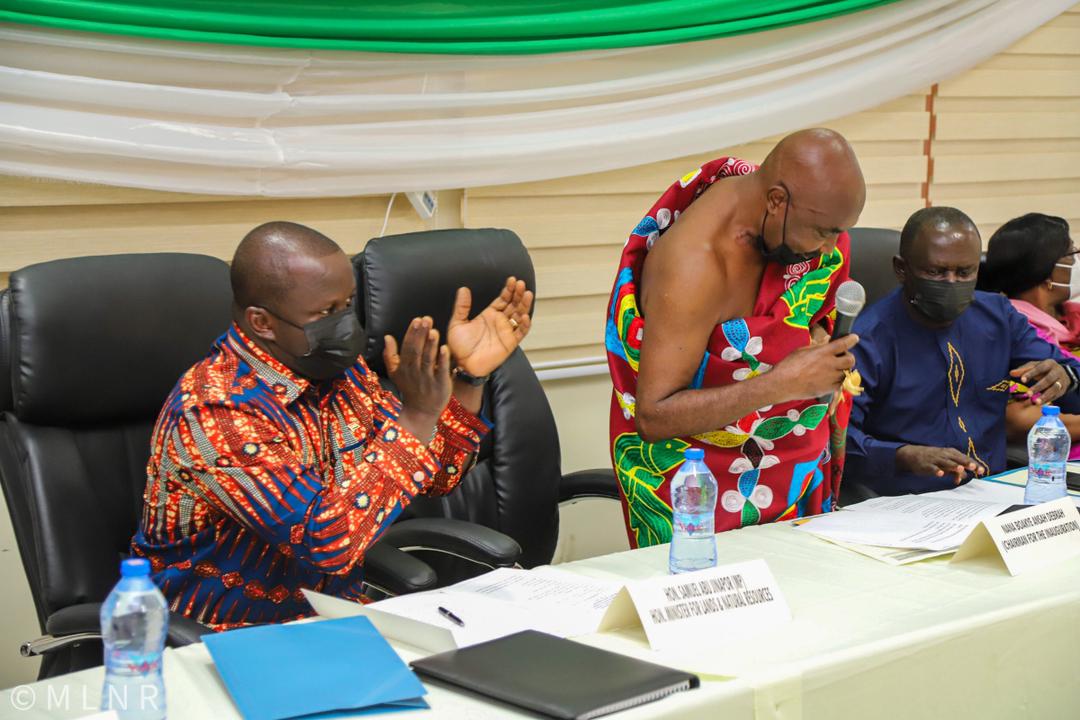 He has therefore directed the Executive Secretary of the Lands Commission and the CEO of the Forestry Commission to take immediate steps to reverse the situation in a matter of weeks. He thanked the outgone members of the Ashanti Regional Lands Commission for their dedicated service and congratulated the New Chairman and members of the Commission on their appointment to the very important office.

The Ashanti Regional Minister, Simon Osei Mensah, in a speech read on his behalf, said most land owners in the region do not have valid land titles and called on the Lands Commission to facilitate public education on the need for land owners to have their title registered after securing allocation notes. 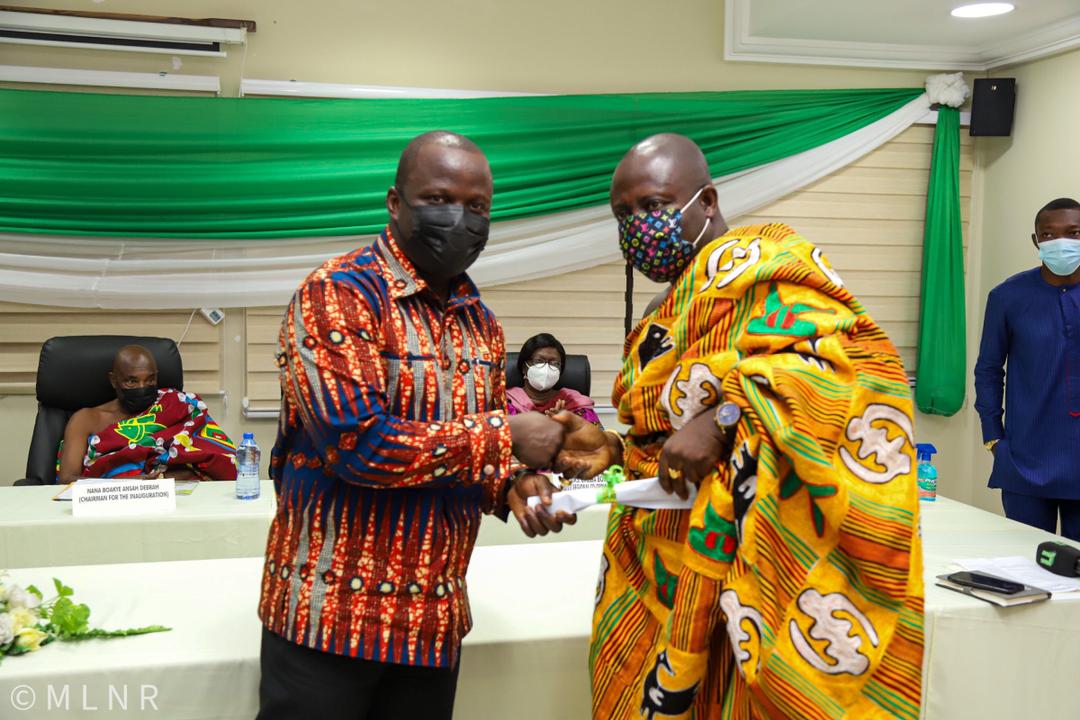 He commended the Ashanti Regional Lands Commission for their sterling performance within the last four years stating that “I am reliably informed that the turn- around time for land Service delivery in the region has significantly reduced.” 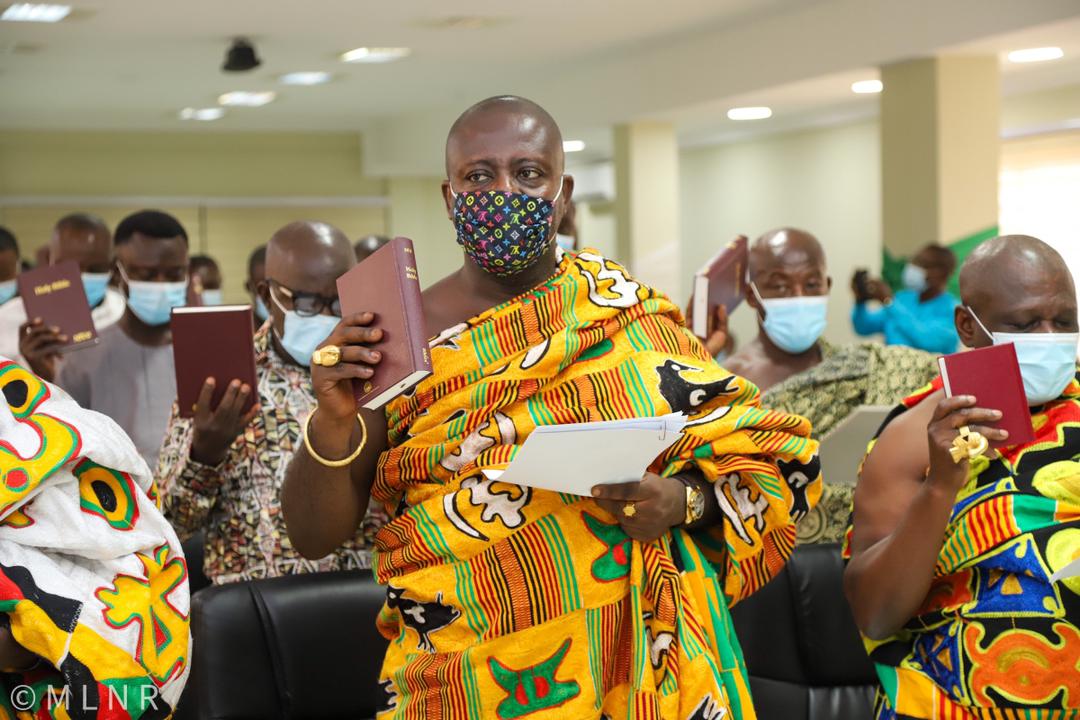 The Asokore-Mamponghene Nana Boakye Ansah Debrah who represented the Asantehene pledged the support of Nananom to the Lands Commission and government and called for education on the New Land Act particularly for Nananom in the region to help solve some of the land-related challenges. 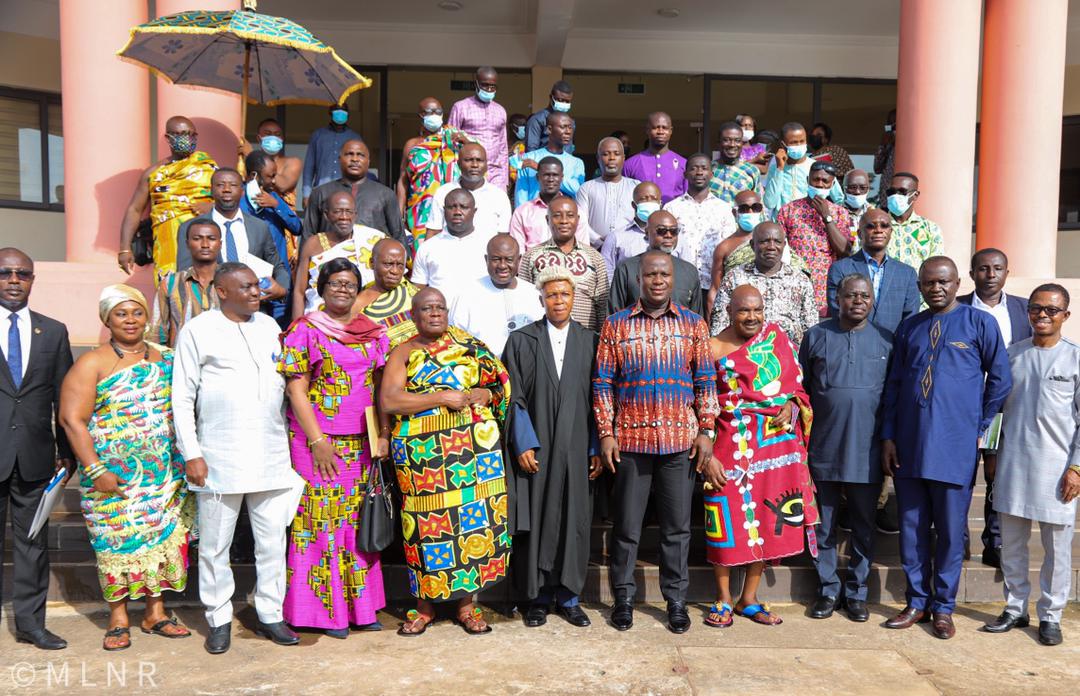 The Ashanti Regional Chairman of the Lands Commission, Nana Nsuase Poku- Agyeman on behalf of the Regional Lands Commission, expressed his appreciation to the Asantehene Otumfuo Osei Tutu II and the government for the opportunity given them to serve stressing that they will work to justify the confidence reposed in them and actualise the pronouncements made by the Sector Minister.