Mahama kicks against salaries for spouses of Prez, Veep 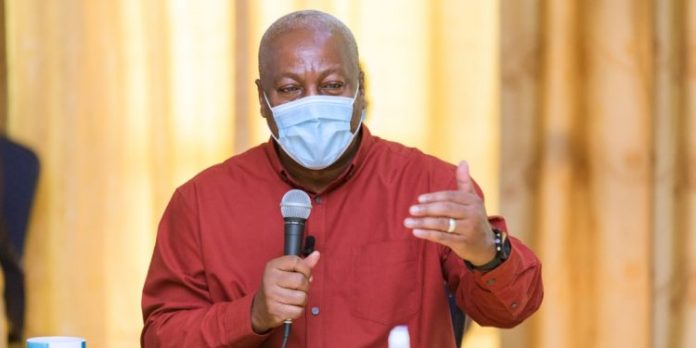 Former President John Mahama has expressed concern about the way the Akufo-Addo government is handling emoluments for spouses of sitting and former Presidents and Vice Presidents.

In a statement responding to the debate on the recommended emoluments for the spouses of Presidents and Vice Presidents, Mr. Mahama explained that these allowances date back to the Rawlings administration.

He was of the view that the Akufo-Addo led government is attempting to sneak the First ladies and wife of Vice Presidents into the article 71 office holders’ group adding that this is clearly problematic. He said allowances for the spouses of Presidents and Vice Presidents, are already provided for under the budget of the Office of the President. Mr. Mahama argued further that the new emoluments are tantamount to altering an entrenched clause in the constitution without due process.

He said Article 71 is an entrenched clause in the Constitution and nothing short of a referendum can be used to amend or vary that clause as per article 290 of the Constitution. He said the Committee, and indeed Government, cannot use a short-cut to circumvent well laid-out constitutional rules.

Mr. Mahama further explained that the practice had been that, for the advocacy and humanitarian roles they play, some expenses of the spouses of the President and Vice President in carrying out their expected roles are funded by the Office of the President. He said these include fuelling of vehicles, security, clerical staff, stationery, hosting of local and foreign guests, and all such expenditures.