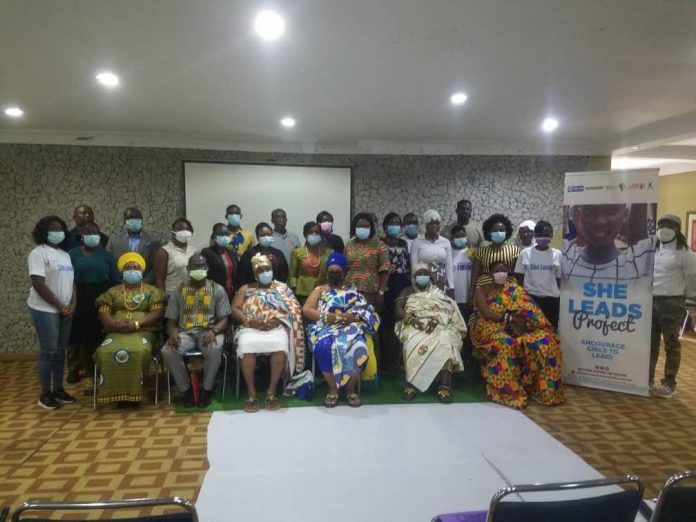 The Central Regional Directorate of the Department of Gender has expressed concern about how families and relatives continue to shield perpetrators of defilement and other sexual abuses in the region.

The practice, it said was adversely affecting efforts to control adolescent pregnancies, child marriage, Sexual and Gender-Based Violence (SGBV) among other gender inequalities in the region.

Mrs Richlove Amamoo, Regional Director of the Department of Gender who shared the sentiment recounted how families strongly resisted attempts to seek justice for relatives who have been victims of defilement, rape and other sexual abuses.

“There is a case at Ayiko Ayiko, a suburb of Cape coast where a 16-year-old had been defiled and she is now eight months pregnant. We want in to see how best we can help the girl and the family told us it not our business”, she recounted.

In another instance, she said the family of a 16-year-old at Ajumako who had been defiled by her uncle only poured libation and asked the family members not to talk about it again.

Instances like these, she said only encouraged men to perpetuate the act more knowing that they would be shielded from being punished by the law.

Mrs Amamoo was speaking at the Regional launch of the “She Leads Project” aimed at increasing the sustained influence of Girls and Young Women (GYW) on decision making and transformation of gender norms in formal and informal institutions.

The five-year project, is being implemented in the Central Region by the Women Aspire Network (WAN), a young women-led Non-Governmental organization, which aims to support, empower and advocate for women and children’s rights in Ghana and Africa.

The She Leads project is a strategic partnership between Terre des Hommes, Plan International, Defense for Children, African Women’s Development and Communication Network with funding from the Ministry of Foreign Affairs of the Netherlands.

Mrs Amamoo noted that majority of parents in the region were ignorant that it was an offence for a man to have sex with a girl below sixteen years and called for an intensified education to create the necessary awareness.

She said it was not proper for young girls who were the future leaders to continue to suffer dehumanizing practices such as child marriage, defilement, sexual abuses and other harmful practices.

She noted the Ministry of Gender, Children and Social Protection (MoGCSP) remained committed to adopting vigorous policies and Programmes to overcome gender inequality and women’s empowerment.

Ms Sally Lariba, Programmes Manager of WAN noted that women were often not given the platform to share their views.
She said the She Leads project would tackle the social constructs and perceptions as well as social norms that had relegated girls and young women to the back, especially in the rural areas.

She noted with regret that Ghana’s Parliament could only boast of 40 female Parliamentarians out of the 275 seats and said more ought to be done to encourage women to take up leadership positions.

Nana Akua Apeatsewa II, Queen Mother of Abura Nyomoa who chaired the event lauded the project and pledged the support of queen mothers in the region towards its successful implementation.

She implored the government to absorb the cost of medical examination of sexual abuse victims, which she noted often deter families from pursuing them to the latter.

Maize production to reduce in Sissala area for 2021 season

Maize production to reduce in Sissala area for 2021 season