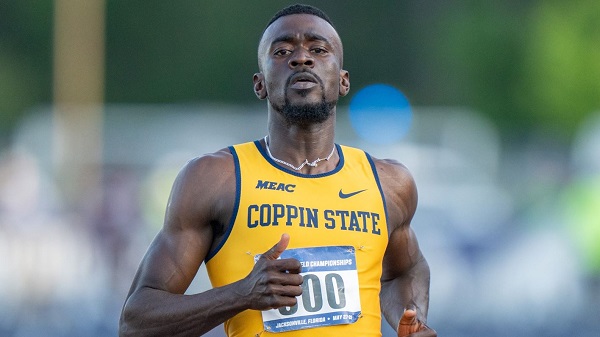 Ghana’s sprinter Joseph Paul has sent a humble request to the Overseer of Glorious Wave Church International, Prophet Emmanuel Badu Kobi, to avoid prophesying on the outcome of the Tokyo 2020 Olympic Games.

The outspoken prophet has been the center of mockery on social media after two of his prophecies turned out to be untrue. Hours before the Copa America finals, he prophesied how the spirit of God had revealed a Brazil win.

According to him, “now for the match which will happen tonight which is between Brazil and Argentina. Argentina will not win. Messi is part of Argentina. He is a great footballer but the night is not for them. The cup is for Brazil. The cup is for Brazil. Brazil will win this cup. That is what the spirit of the Lord has revealed to me. This is what I am giving to all those who are following me. All those who want to know what will happen, Brazil will win the cup tonight. So shall it be and I am saying this hours before the match is played so that you get to know that the spirit of God is truth. He revealed and so it is. Brazil will win this cup.”

The prophet also prophesied on the Euros stating that England were going to be crowned Champions. He said during a church service, “Today, England will beat Italy. This is the work of a prophet; you keep saying what the Lord is saying. England will win the cup.”

These prophecies, which didn’t happen, prompted Joseph Paul Amoah who will be competing for Ghana in 200m and 4×100 at the Olympics to plead with the prophet to steer clear off the Olympics with his prophecies.

Badu Kobi please do not make any prophecy about the Ghana Olympic team. I beg you!

The Olympics will be live on GTV Sports from 23rd July to 8th August.