Electric vehicles draft policy to be ready by end of year

A comprehensive draft document on technical regulations and policy framework that tackles all technical issues on the mass deployment of electric vehicles in Ghana is expected to be ready by the end of this year.

The draft is being spearheaded by the Energy Commission in collaboration with relevant sectors such as the Public Utilities Regulatory Commission (PURC).

While the Energy Commission works on the technical regulations, PURC would come up with the tariffs.

PURC, which is responsible for economic regulation, will negotiate effective rates of electricity consumption to be paid for charging the vehicles.

Energy Minister Dr. Matthew Opoku-Prempeh told The Finder that when the draft is ready, it would be subjected to further scrutiny, after which it would be submitted to Cabinet for approval. 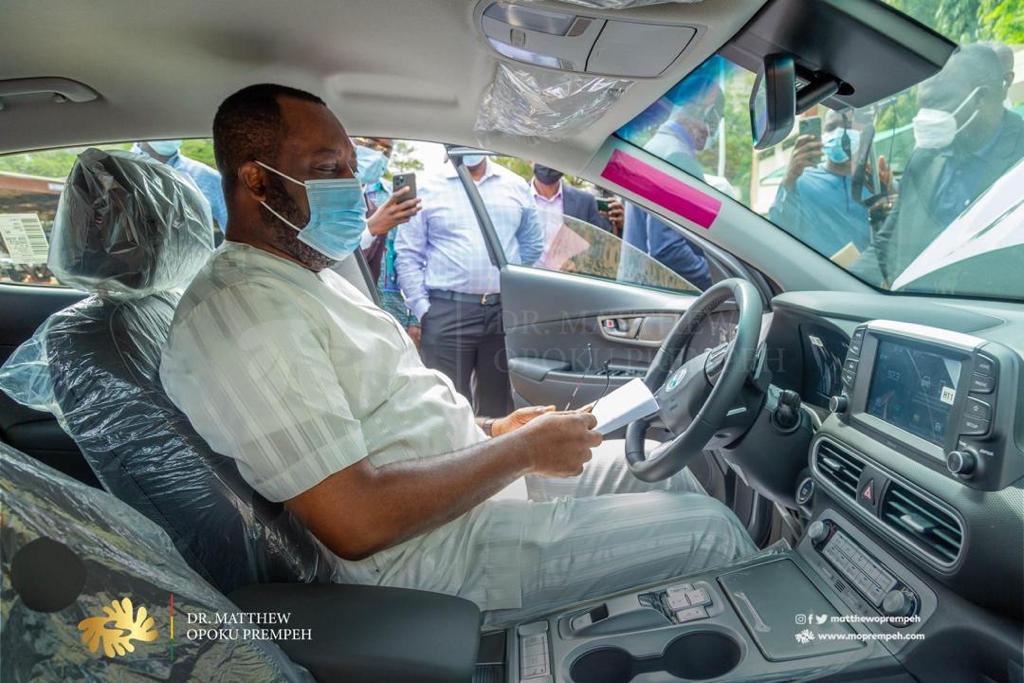 He explained that the approved regulation and policies would outline the rollout plan for the country.

Ghana would adopt and adapt the mass deployment to fit into the country’s system, he stated.

Dr Opoku-Prempeh, who is also the Member of Parliament (MP) for Manhyia South, stated that the mass adoption would be done through the public transport system, with more commercial electric vehicles.

To him, the use of electric vehicles offers enormous benefits to the population not only in terms of health, economic and social circumstances but more importantly environmentally, as the clean energy agenda drastically reduces carbon emissions, thereby clearing the way for significant climate progress.

He noted that the mass deployment of electric vehicles is good for Ghana, but the country is constrained by the required sources.

Some Ghanaians are already using electric cars, but Dr Opoku-Prempeh said his ministry was keen on sorting out the policy conundrum with a phased-in approach, adding that the easiest way was to bring in the vehicles.

Dr Opoku-Prempeh explained that the introduction of the Hyundai Kona technology also opens up the opportunity to have the specified ancillary systems and accessories in the country. He added that in the long run, job avenues would be created for the teeming youth seeking job opportunities.

“It also avoids a situation where different companies bring in different vehicles with different types of chargers, which could be problematic should the charging systems not communicate with each other,” he stated.

Dr. Opoku-Prempeh said the clean energy agenda would help address the climate crisis and help Ghana achieve its target of an energy mix that includes 10% renewable.

He urged richer countries to push for a speedy energy transition from fossil fuels to cleaner energy to provide financial support to poorer countries. 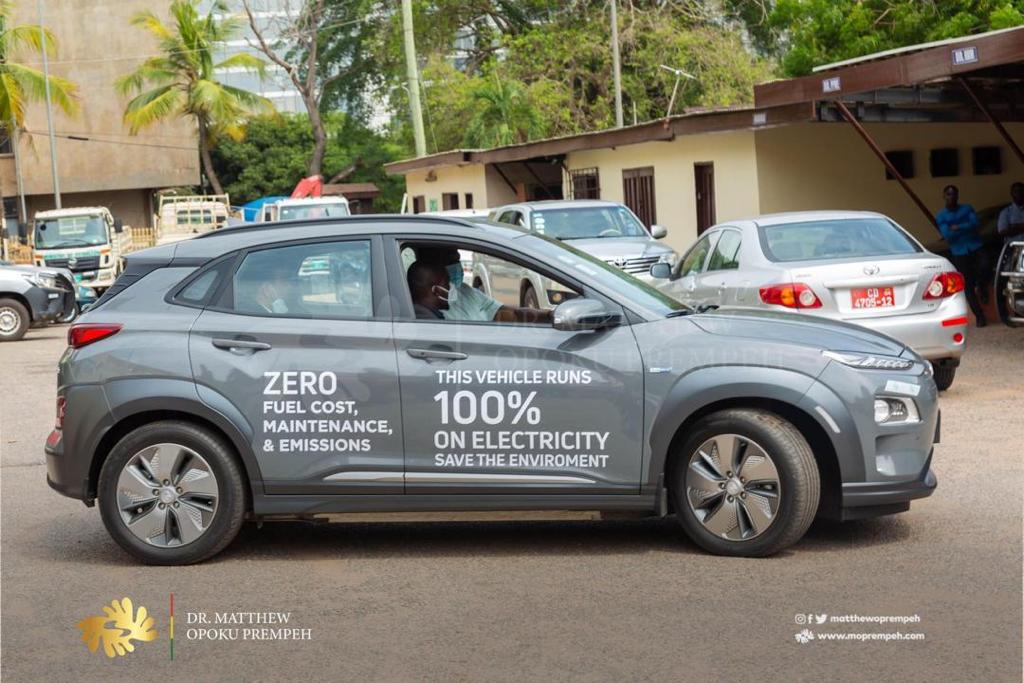 While the integration of small fleets of electric vehicles into distribution grids does not cause any considerable impact, their broad adoption could be really challenging for the adequacy and the secure operation of the electric system, as well as for the quality of power supply.

The generation and transmission system could experience problems relating to grid loading, the unpredictability of power flows, lack of installed and operational reserve, changes in marginal generating units, and consequently fluctuating energy prices.

Dr. Opoku-Prempeh told The Finder that before Ghana could undertake mass adoption of electric vehicles, the impact on the national grid has to be critically taken into consideration.

As a result, study on the impact on the national grid would have to be conducted to determine the level of investment needed to make the national grid robust enough to support mass deployment of electric vehicles.

He stated that the Energy Ministry holds the key to the mass deployment of electric vehicles, in the sense that it has to look at the impact of migrating from liquid-based fuels to gas-based fuels and advise the government regarding how many generations should increase.

“When you move out of fossil fuels into clean cars, the most dependable power is the one generated using gas”, he said.

There are three major “levels” of chargers available for electric vehicles.

The standard 120-volt plug, often used for home appliances, charges slowly but can fill a battery to near full capacity with several nights’ charge, or about 20 to 40 hours.

The 240-volt ‘level two’ chargers generally provide 20 to 25 miles of charge in an hour, which shortens charging time to eight hours or less.

In homes, level two chargers can use the same outlet type required for clothes dryers or electric ovens.

Level three direct current (DC) fast chargers can charge a battery up to 80% in 30 minutes.

Dr Opoku-Prempeh explained that where to recharge, how quickly and the rate of the charging systems would all have an impact on the national grid.

He noted that the technical regulation would provide for standardised charging systems that any car manufacturing company could adopt and use.

The Hyundai Kona saloon car was donated by the company for the ministry to test its performance and offer constructive recommendations ahead of its introduction to Ghana for commercial purposes.

The initiative is in line with the government’s commitment in October 2019 to support the use of renewable energy in the automotive industry.

The Minister said the gesture was not only to seek market; it would also push the government to develop the technical standards.

The Energy Minister said the result of the testing of the Hyundai Kona by the Energy Commission would be factored into the technical regulations and the policies around it before the adoption of the technology by Ghana.

In addition, the Energy Minister said, the added advantage of knowledge transfer in evolving technology in the automotive industry in Ghana, particularly among students on internship, and the youth in general, cannot be overemphasized.

It’s been a rough journey —Adina on career

Vetting of Kissi Agyebeng as Special Prosecutor slated for July 22