Scores of teachers have massed up at the Ministry of Education to protest the purported resit of promotional exams.

The teachers are demanding reasons from the government on why candidates who were earlier notified to bring documents for verification following their success in the exams were later informed that they had failed.

They say they had previously petitioned the ministry over the matter.

“If you have asked us to bring our documents for further documentation, I don’t see the reason why within 24 hours, you tell us that we have failed,” one of the disgruntled teachers said to Citi News.

According to her, the Ghana National Association of Teachers (GNAT) is asking the affected teachers to resit the exam.

“With what we are hearing, our GNAT union is asking us to go and resit on August, which we don’t understand. We just want to let them know that we are not going to write in August,” one of the teachers said. 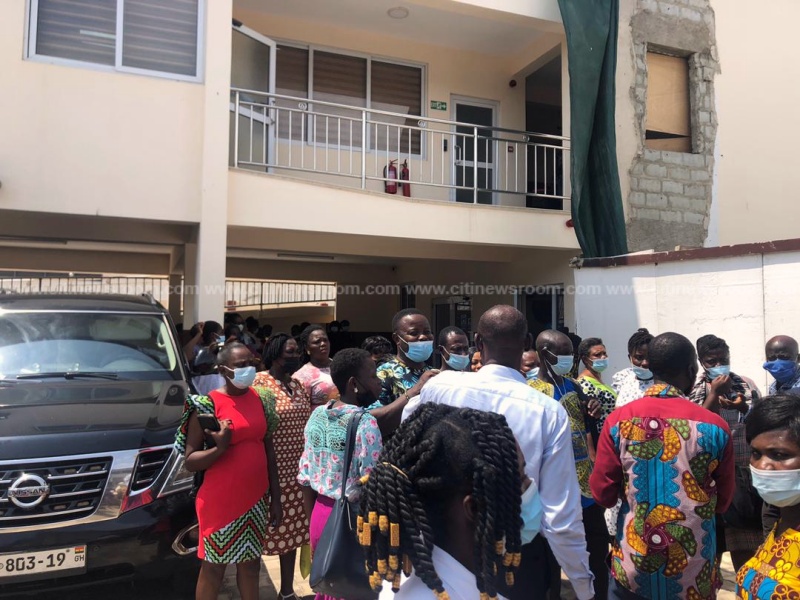 One other teacher complained that the Ministry had not taken previous petitions on the matter seriously.

“When we come, they don’t even come out to listen to us. We come, and they throw us and do not listen to us,” she said.

She added that she expected nothing less than a promotion for those who passed before the confusion.

“All those that were given the verification that shows that they have passed, they should promote those people.”

At the Ministry, the Deputy Minister for Education, Reverend John Ntim Fordjour later met the teachers and assured them that government would soon launch a teacher welfare app to address the discrepancies in the results of the promotional exams as well as other grievances of teachers.

He also assured that the concerns would be addressed.

“You can be assured that we shall investigate and address the matters you have raised to ensure that you have the sound mind to continue effective teaching in the various classrooms,” Rev. Fordjour said.

Later in the day, some teachers also gathered at the GNAT hall after petitioning the Ministry of Education on their concerns.