Mother of one of victims of Ejura disturbances appeals for compensation 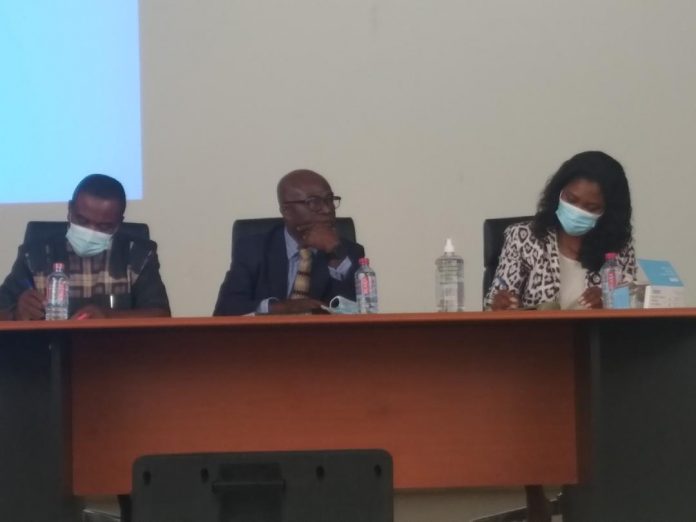 Mother of a 15-year-old Apprentice Mechanic, Awal Misbawu, who was shot in the leg during the Ejura protest but survived, has appeared before the Justice Kingsley Koomson Committee in Kumasi.

She told the Committee on Tuesday, July 13, that her son has had his leg amputated and now recovering at the Komfo Anokye Teaching Hospital.

This was after he was referred from the Duayaw NKwanta Catholic Hospital in the Ahafo Region.

The Mother, Salamatu Mohammed, said while returning from the burial of one of the victims who was killed during the Ejura disturbances, she was informed her son had been shot in the leg and rushed to the Ejura Hospital but had been referred to the Duayaw Nkwanta Hospital.

According to her, the surgery conducted on the boy cost ¢1,500 but was later referred to Komfo Anokye Hospital where he is still on admission.

Madam Salamatu appealed to the Committee to ensure she is adequately compensated because the boy is deformed for life.

Three others, one Fuseini Ibrahim and his two wives also testified. The three are co-tenants in the house where Kaaka lived.

Fuseini told the Committee that it was his wife who informed him that night when Kaaka was killed that Baba Iddi was seen around where Kaaka was screaming after falling from his motorbike.

Kaaka was returning home in the night when he was allegedly attacked and murdered. He said the following day a report was made to the Police where Baba was picked for interrogation.