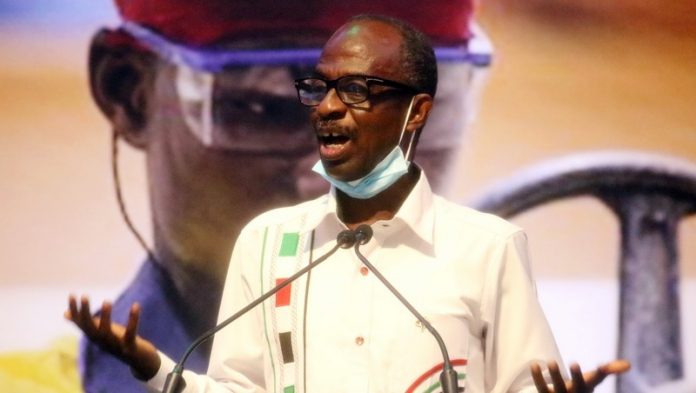 The National Democratic Congress (NDC), has called on government to set up a Commission of Enquiry to probe allegations levelled against the Chief Justice, Justice Kwasi Anin Yeboah.

The party is also asking the Chief Justice to recuse himself temporarily to allow for smooth investigation.

NDC believes the allegation is very serious considering the person involved and can erode confidence in the justice system.

Addressing the media in Accra, General Secretary of the party, Johnson Asiedu Nketia, said a public hearing will ensure transparency in the case, adding that, the Chief Justice’s petition to the Criminal Investigation Department of the Police Service to conduct investigation into the accusations is not enough.

Mr. Asiedu Nketia suggested to the Commission on Human Rights Administrative Justice (CHRAJ), to take interest in the case.

If Moesha Boduong Says She Is Disposing of All Things Vanity – Why Is She Keeping her Vain Fake Butt?

If Moesha Boduong Says She Is Disposing of All Things Vanity – Why Is She Keeping her Vain Fake Butt?