Police intercepts weapon concealed in food for inmate; suspect on the run

The Cantonment Police in Accra has intercepted a firearm hidden in a food pack delivered to an inmate at the station.

A young lady, believed to be about 23 years of age, arrived at the police station to visit and give food to the inmate, but attempted to smuggle the weapon into the cells.

The vigilance of police officers at the charge office foiled the attempt.

The police, after inspecting the two food packs, uncovered that a locally manufactured pistol and one AA cartridge had been concealed in one of the packs.

Unfortunately, the lady suspect is said to have bolted after her nefarious act was found out.

In the meantime, the police say efforts are being made to arrest her to face the law. 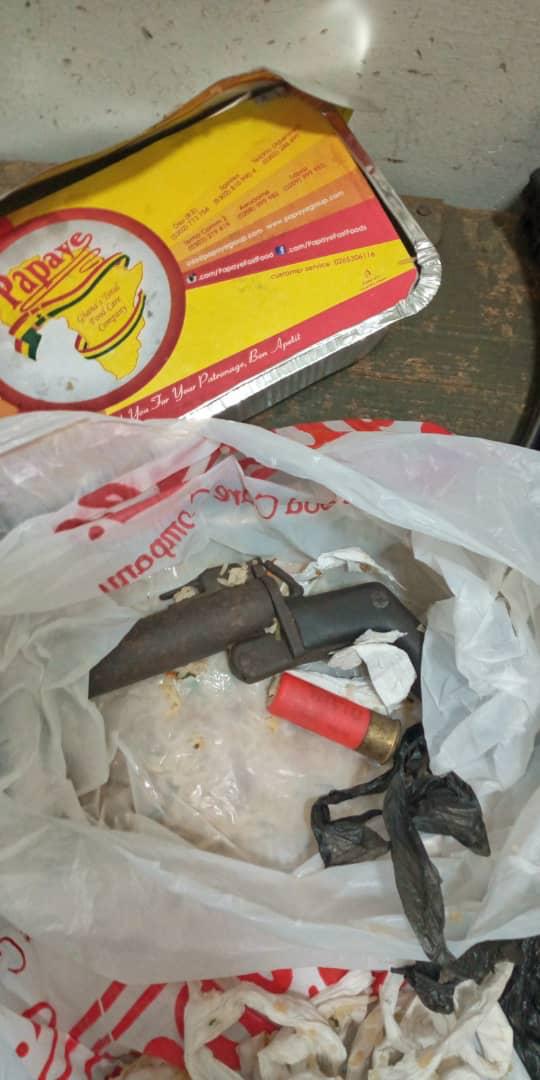