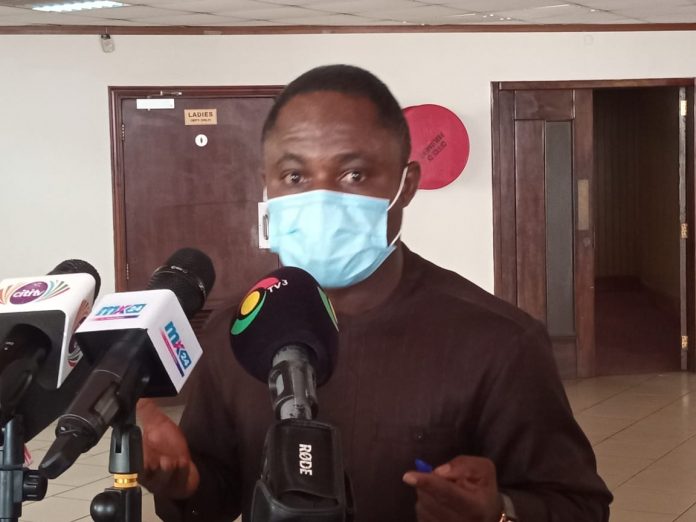 The Ranking Member on the Parliamentary Select Committee on Health, Mr Kwabena Mintah Akandoh, has called for mass vaccination against a possible third wave of Covid-19 in the face of increasing cases in the country.

Mr Akandor said this when he briefed the media in Parliament on Tuesday about the rising COVID-19 cases and measures that should be taken to curb it.

He said the country had one year to prepare, procure and deploy the vaccination to curb the rising cases.

The government had plans to deploy not less than 7.9 million doses of vaccines, but only about one million people have been vaccinated.

He said as a Ranking Member on the Health Committee of Parliament he had no idea when government intended to roll out the next vaccination plan.

“As a Ranking Member of the Select Committee on Health, if you ask me when we are going to roll-out the next vaccination plan, the answer is I don’t know,” he said, and expressed concern about the lack of testing for COVID-19 cases.

He alleged that government health facilities had runout of the reagents to do the testing, while private laboratories were charging GHc360 to GHc600 for the testing.

“So, the earlier government takes the decision to save the people of Ghana the better it will be for all of us,” he said.

Mr Akandoh called on Ghanaians to take the precautionary measures seriously as what was being  witnessed was more of a third wave of the COVID-19 pandemic.