Commuters using the Accra-Kumasi road have been stranded a few metres away from Nkawkaw in the Eastern Region.

This is due to the blockage of the main road by a cargo truck travelling from Burkina Faso to Accra, which skidded off the road and fell into a ditch. 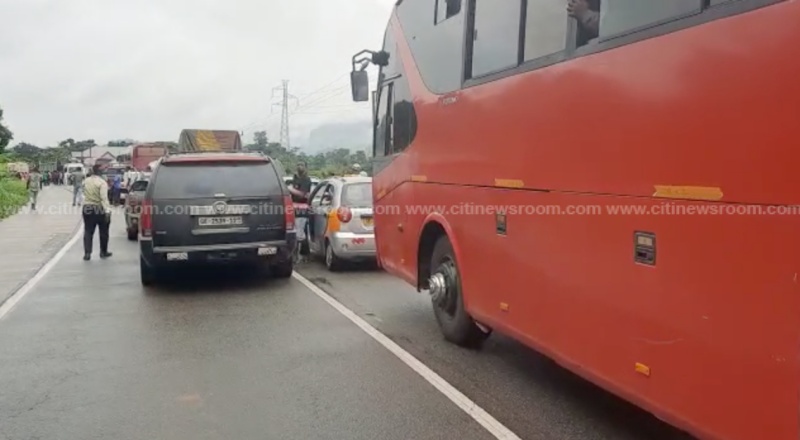 According to eyewitnesses, the road was blocked while officials were attempting to tow the truck.

Some of the commuters who say they have spent more than three hours in the gridlock have been complaining about the situation.