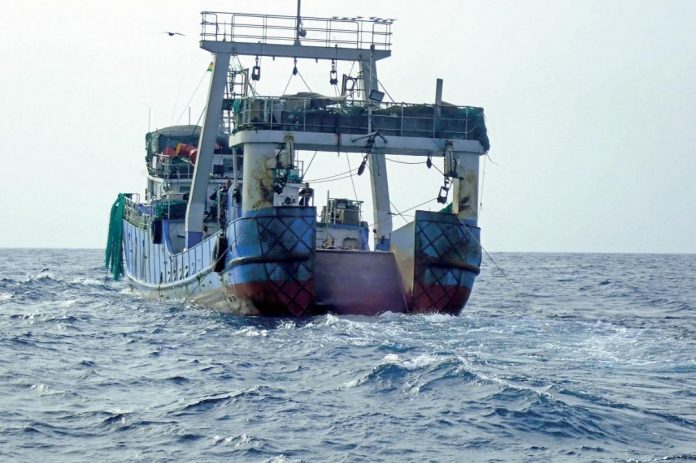 The Environmental Justice Foundation (EJF) a Non- Governmental Organization (NGO), has called on the Government and other relevant stakeholders to double up efforts to protect fisheries observers at Chinese-owned trawlers fishing site in Ghana.

The call follows an investigations into the Fisheries Observers Program by the EJF, which revealed that Ghanaian observers were bribed, threatened, bullied and abused at Sea.

Such conditions, according to the EJF promoted rampant illegal fishing on  Ghana’s waters and as such intensified efforts were urgently needed to ensure the safety of observers.

These were contained in a statement issued in Cape Coast on Wednesday and copied to the Ghana News Agency (GNA) in Cape Coast.

In the course of it investigations, the statement, said witnesses disclosed that there was a climate of fear for observers who were appointed to monitor and report on illegal fishing in the largely Chinese-owned trawl fleet in the country.

It said there were also reported violent incidents of threats where one Chinese perpetrator threatened to hit an observer with a metal bar when he found the observer trying to take evidence of illegal fishing.

“In another case a captain threatened an observer with a knife when he tried to prevent juvenile fish from being dumped at sea,” the statement added.

According to the statement, several people interviewed during the course of the investigation referenced the case of one Emmanuel Essien, who went missing at sea in July 2019 from the Chinese-owned vessel Meng Xin 15 to support their arguments.

Touching on the issue of Saiko as an adopted culture of fishing illegally, it said investigations showed that about 90 Percent of Ghana’s fishing fleet was linked to the Chinese ownership.

“These industrial trawlers illegally target small pelagic fish; the staple catch of small-scale canoe fishers, and sell this catch back to coastal communities for profit”.

In June 2021, Ghana became the second country ever to be given a second yellow card, which indicated a formal warning over illegal fishing that could lead to a seafood export ban to the European Union (EU).

The statement noted that Ghana’s laws were substantially improved after its first warning in 2013, however, failure to implement such policies or to prosecute vessels that broke them meant that illegal fishing remained rife in Ghana.

Despite a statement made by the Government in November 2019 to end saiko, the EJF through a continuous check at the Elmina port showed that, saiko had made about 1,300 landings since the announcement was made.

“This equates to around 34,320 tonnes of illegally landed fish. Observers have also confirmed that saiko is still ongoing,” it added.

Mr. Steve Trent, the Chief Executive Officer (CEO) of the EJF, said failure of the Ghanaian Government to crackdown on the lawlessness and illegal fishing meant that fisheries observers were putting themselves in physical danger to report illegal fishing.

He underscored the need for authorities to act urgently, with determination to end the threats and bribery in order to bring wage structures under its control.

Mr Trent called on the Government to follow up on the multiple reports of illegal fishing, engage a fair and transparent process to secure prosecutions, convictions and meaningful deterrent sanctions.

He further called for a review of the observer programme to ensure that all observers were properly trained and given the requisite knowledge and equipment to safely monitor and accurately document and report activities on fishing vessels at sea.

Video of Moesha chilling with her rich boyfriend in Nigeria surfaces