MOE terminates contract for the supply of Mathematical Instruments 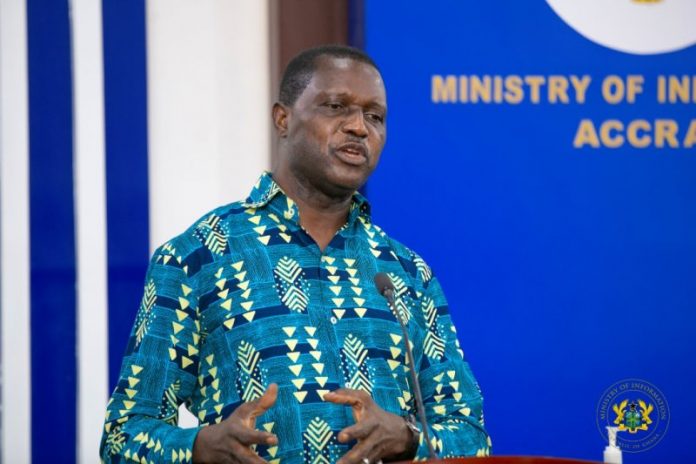 Dr Yaw Osei Adutwum, Minister for Education has informed Parliament that the contract awarded to Blue Grass Group Limited for the supply of Kapek Scientific Mathematical Instruments has been terminated for breach of contract.

According to the Minister, the contract was terminated as a result of non-performance on the part of the supplier and was done in line with Section 24 (1a) of the General Conditions of Contract.

Dr Adutwum made the revelation when he appeared before the House to respond to a question from Dr Clement Apaak, Member of Parliament (MP) for Builsa South.
Dr Apaak wanted to know from the Minister if Messrs Bluegrass Group Limited has supplied 853,009 units of Kapek Scientific Mathematical Instruments to the Ministry of Education at an estimated cost of GH₵63,975,675 at a unit cost of GH₵75.

Dr Adutwum also explained that the Ministry of Education on 11th October, 2019, signed a contract with Messrs Bluegrass Group Limited to supply a total number of 853,009 Kapek Scientific Mathematical Instruments prescribed by the West Africa Examination Council for Senior High Schools at a unit cost of GH₵75.

He said the contract was amended and signed by both parties on October 22, 2020 to extend the deadline for the submission of the Mathematical Instruments to January 19, 2021.

He said so far, Messrs Bluegrass Group Limited was able to supply 416, 060 Scientific Mathematical Instruments to the tune of GH₵31,204,500 out of a total quantity of 853,009 units to be supplied per the contract.

AfCFTA to honour former Niger President with a statue