Police in the Ashanti Region are investigating Kennedy Agyapong, the Member of Parliament for Assin Central, for threats he allegedly made against Erastus Asare Donkor, a journalist with Luv FM in Kumasi.

The mother company of Luv FM, Multimedia Group, had petitioned the police over the issue.

Kennedy is alleged to have called for the reporter, Erastus Asare Donkor, to be beaten following the latter’s testimony before the committee probing the disturbances in Ejura in the Ashanti Region.

“The petition is receiving attention and being investigated by the Regional Crime Officer, and any further developments will be communicated,” the Police in Ashanti said in a statement.

The police assured the public that it is handling the matter and urged calm.

“Let us allow the police to investigate the matter and not to inflame passion and make comments that could ultimately mar the investigations,” police added in the statement.

Mr. Agyapong’s tirade against the journalist was in response to his reportage on the violence in Ejura on July 29, and his testimony before the committee probing the disturbances.

The Speaker of Parliament has already referred the Assin Central legislator to Parliament’s Privileges Committee over the threats he made.

The Speaker gave the directive after the MP for Tamale, Alhassan Suhuyini made the request on the floor of Parliament.

Mr. Suhuyini argued that the threats from Mr. Agyepong, who doubles as the Chairman of the Defence and Interior Committee of the House, on the life of the journalist were a dent on the reputation of Parliament.

The Ghana Journalists Association has also called out Mr. Agyapong recalling similar comments made by the MP ahead of the killing of Ahmed Suale, an investigator on Anas Aremeyaw Anas’ Tiger-Eye PI team.

Find below the full statement 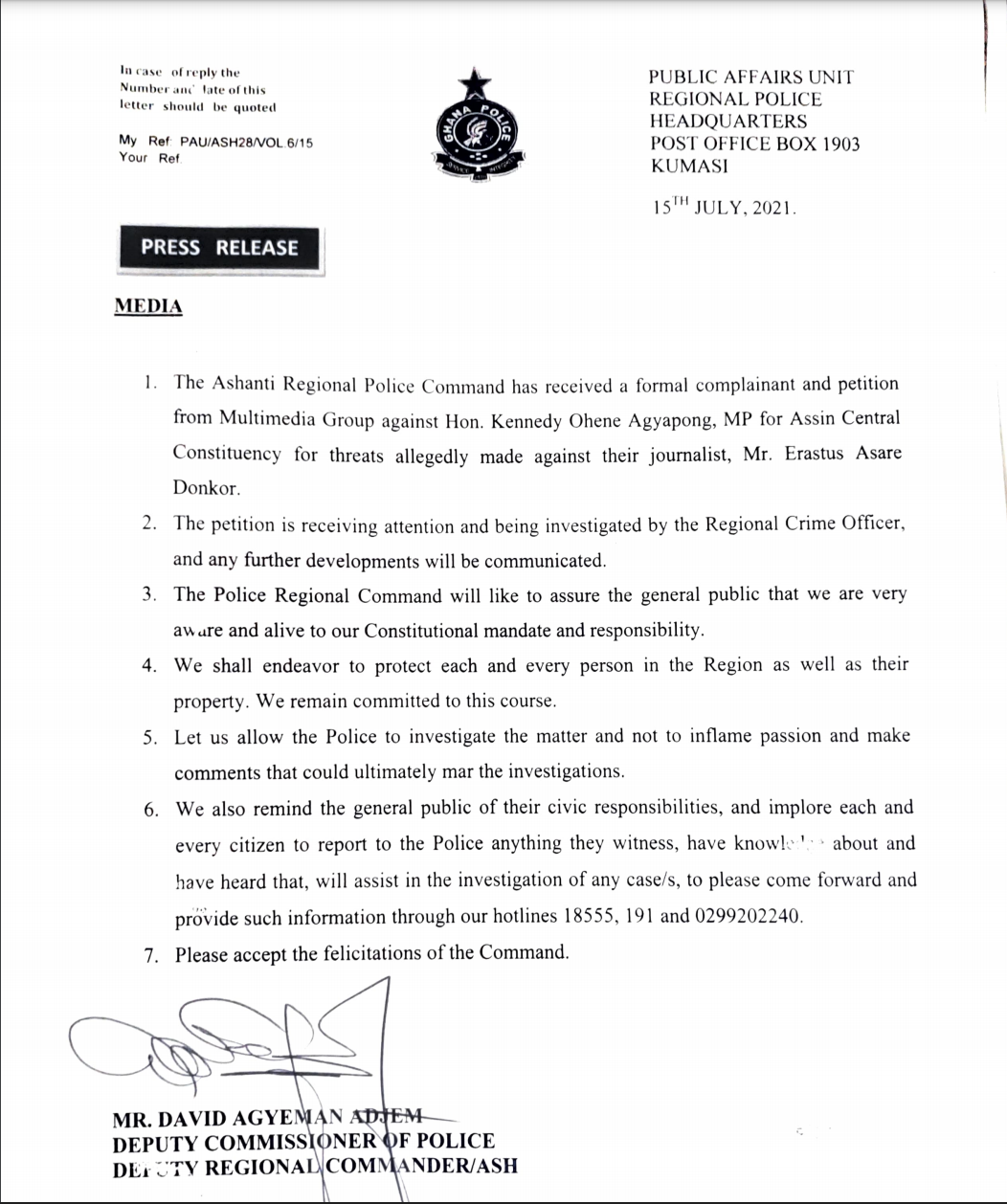