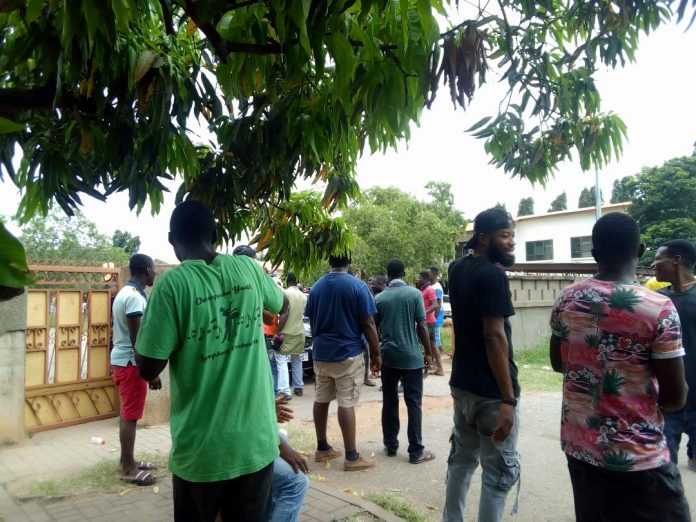 Commercial drivers who ply the Tema to Prampam and Afienya roads on Thursday demonstrated against the Tema Metropolitan Assembly City Guards over alleged extortion and unlawful arrest at their loading points.

Some of the demonstrators told the Ghana News Agency at Tema as they marched through some principal streets to press home their concern that, they were tired of continuous harassment.

They said because there was unbearable hardships in the system paying frequent charges was becoming unacceptable.

According to the commercial drivers, the TMA, taskforce together with the Police earlier charged them GHS 50.00, fine for the impounded vehicles before their buses would be released.

However, they were now charging them GHS 300.00, as a calculated attempt to extort monies from drivers.

The drivers, who blocked the TDC main road, touted their car horns to demonstrate their anger, scarfed their heads and hands with red band, making excessive noise to demand that all cars arrested were released.

Mr Augustine Atawiah, a former vice Chairman at Prampam GPRTU said, the union vehicles are 47 they wake up around 0400 hours to queue for passages, until 1000 hours before they could load the vans.

Mrs Vivian Ocran, TMA Head of the Metro Guards told the GNA that the indiscipline behaviour, indiscriminate parking and picking of passengers by the commercial drivers was a nuisance and therefore the fine would serve as a deterrent.

She advised the drivers to join the unions at the various stations because there are laws in Tema and they would enforce it, to deter passengers from not going to the station.

Drug money was used to build Multimedia; Dare me and I will expose you - Kennedy Agyapong warns CEO Kwasi Twum