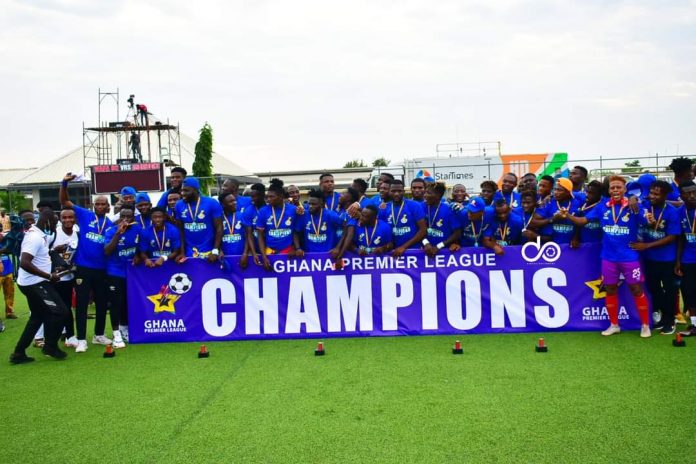 Twelve (12) is just a number but profoundly resonates with the people who understand what it means for them. As said in the book, ‘The Gods Are Not To Blame written by Ola Rotimi’, that those who chew kola nuts value it in their mouth, similarly has the twelve number has that sense of value emerging as the fixture on the lips of the Phobian fraternity and their fans following their league triumph this season.

As the stress on the number twelve became significantly obvious, it highlighted the effects of how frustratingly enduring, exhausting, and painful the story has been for them to wait for a long twelve years to rise to the apogee/atop of Ghana football again for a long time.

As one of the prestigious clubs in Ghana having won the league twenty times, Africa champions in 2000, and a number of laurels, the recession of the team in the last twelve years must have been an apocalyptic time to straddle through for the never say die folks.

Champions in 2021, the last time the Phobians laid their hands on a league trophy was in 2009 and since that time till this year, they changed fourteen coaches till the dawn of Samuel Boadu being the fifteenth coach to have graced the dressing room of the Accra Hearts of Oak.

As though by destiny or fate, the champions went through the same cycle of changing coaches as has been their attributes over the years until came the former Medeama head coach who has led the team to this destination of success. Some of whom being Nii Odum, Kosta Papic and Nii Noi Thompson.

The above theory suffices to indicate that fourteen coaches may have stirred the ship in the twelve years period, however, it has taken Samuel Boadu to chart the course.

The interesting subplots of the Phobians campaign did not commence on a brighter path which got embroiled in on and off the pitch situations erupting the very uncertainties that at a point entangled the season’s fortunes. But today, they all will add up to the intricacies leading to a great never say die plot.

The arrival of Samuel Boadu caused the huge turning point in the league campaign becoming the quick fix that saw the team record four goals in his first game against Wafa and that may be reflected upon to theorise that as the Genesis of another magnificent Phobians milestone. Characterised by a mixed bag of results along the way with the loss against Dreams FC at Dawu, the team brimmed through uphill moments until came the moment of truth in their game against their fiercest rivals Kotoko. 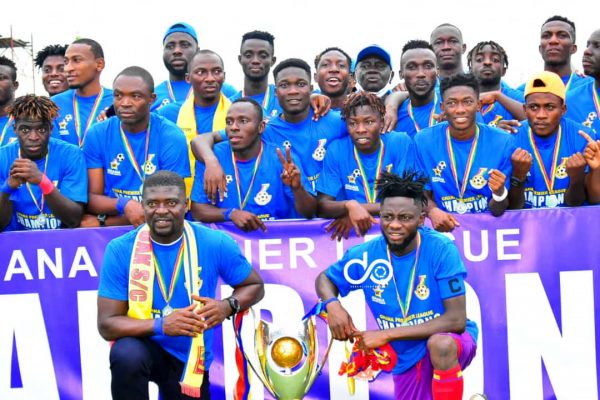 The game had the temerity to determine the course who could win the league by any stretch of imagination as the two were stuck on points. In the end, Samuel Boadu and his charges impeccably stole the show to clearly define their path to clinching the ultimate whereas meting out a sucker punch to Porcupine Warriors title dreams. As Kotoko’s predicament compounded by dropping vital points with the likes of King Faisal and a loss to Bechem, whilst Hearts strolled on some treacherous grounds indefinitely gave the 20-time winners the contest leverage to make that twelve years wait dream a reality.

As the entire Phobian fraternity look to the thrilling moments of coronation and the crowning face it will be a sheer joy to savour as they will look back to the 2020/21 league season to say it wasn’t easy but it was worth it. But one thing that is important will be the reflections of the twelve years of misery, administrative inadequacies, and fragility to evaluate themselves critically to put in places the fundamentals that need to put them at the right expected places. The lessons of the twelve years of hibernation and absence from their perch are as important as the merry and joy being relished by the Hearts family. As you enjoy, enjoy with lessons the best of luck to the “glorious team”.

Are women unsafe in Ghana? [Article]

Are women unsafe in Ghana? [Article]