Special Prosecutor nominee, Kissi Agyebeng has justified the significance of the office arguing that any attempt to heed calls to scrap it will cause a slur on Ghana’s fight against deep-rooted corruption.

He said the Special Prosecutor office remains extremely relevant in uncovering the extent to which corruption has engulfed governance and other state agencies in the country, thereby making it a major pivot in safeguarding the public purse.

Appearing before Parliament’s Appointments Committee on Thursday for his vetting, Mr. Agyebeng mounted a spirited defence to have the office maintained as part of Ghana’s anti-corruption strategy.

“The day we scrap this [Special Prosecutor] office is the day we say goodbye to our fight against corruption. Its relevance is borne out of its attributes and uniqueness. It is unique as compared to all other law-enforcement agencies in respect of its mandate. No other institution has been carefully thought out and designed to fight corruption specifically as Act 959 had done,” he said. 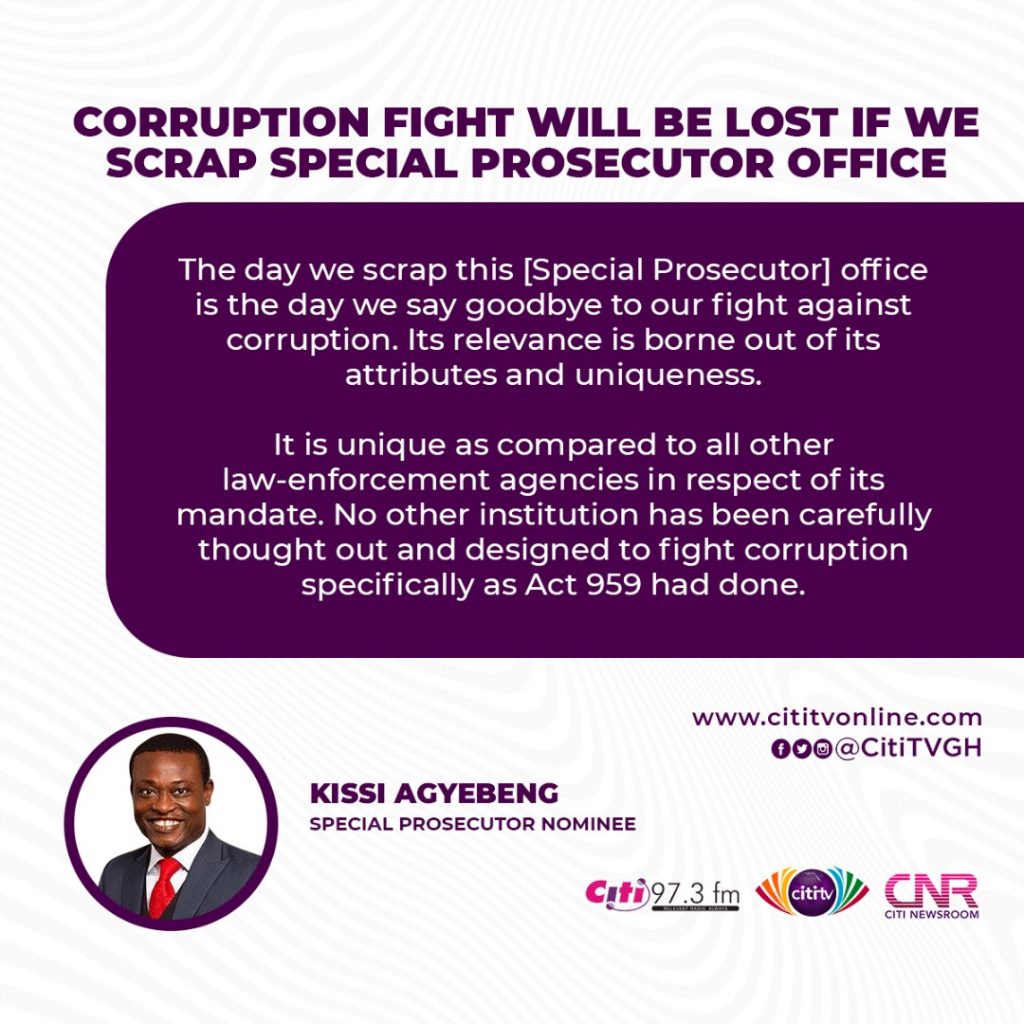 ‘I can’t stop corruption; I will make it costly to engage in’

Unexplained wealth must be criminalised if it doesn't match lawful income