The Ashanti Regional Commander of the Motor Traffic and Transport Department (MTTD) of the Ghana Police Service, Superintendent Emmanuel Adu Boahen, has called for a cessation of interference in their work by traditional and political leaders in the region.

According to him, this makes prosecution of road traffic offenders almost impossible.

“Almost every time a driver is arrested for a road traffic offence, calls come in from all sorts of high officers, especially politicians and traditional rulers, who interfere for the release of the culprit. We need to bring this to an end, so we can see to the prosecution of offenders to serve as a deterrent to others”, he stated.

He made this call at a Road Safety Communication Strategic Planning meeting organized by the Kumasi Metropolitan Assembly (KMA) in collaboration with the National Road Safety Authority (NRSA) and the Bloomberg Philanthropies Initiative for Global Road Safety (BIGRS) for communication officers from road safety stakeholder institutions in Kumasi.

In a presentation, the MTTD Regional Command further admonished all road safety stakeholder institutions to fully play their part in order to help the police ensure safety on the roads in the city of Kumasi.

Superintendent Adu Boahen stated that the police are bent on making sure that streets in the city of Kumasi are made safe for all categories of road users.

He noted that his office certainly cannot achieve that if even one road safety stakeholder institution does not play its part.

He urged all to fully play their parts and join forces in order to strengthen the police to effectively enforce the law on our roads. 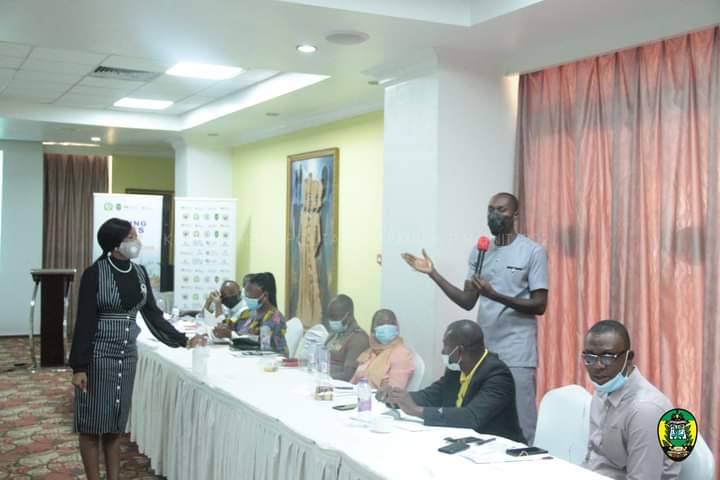 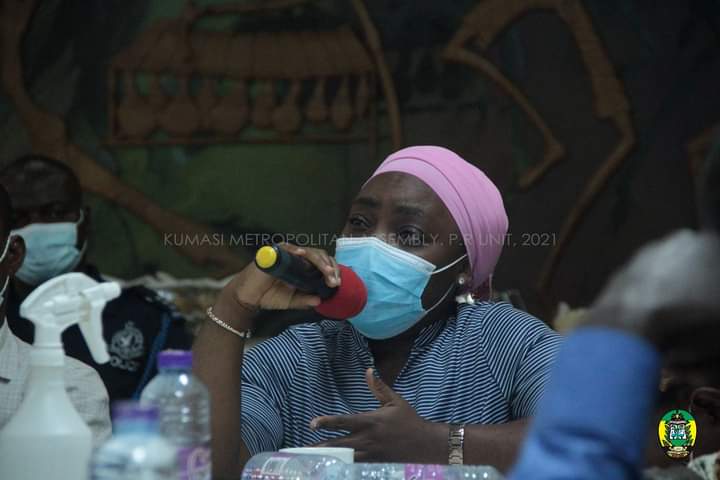 The Ashanti Regional Director of the NRSA, Simbiat Wiredu, mentioned that the Ashanti Region recorded 581 road crashes within the first quarter of 2021 compared with 127 deaths recorded around the same period in 2020.

This, she said, is a cause for concern for all road safety stakeholder organizations.

“This trend cannot continue and this is the reason why the NRSA is partnering with the media to launch the second phase of the ‘Arrive Alive’ mass media campaign to tighten road safety education and enforcement throughout the country”, she added.

The Deputy Director of Administration for the Kumasi Metropolitan Assembly (KMA), Madam Yvonne Nabo, on behalf of the Mayor, expressed her sentiments on the behaviour of some motorists on roads in the city of Kumasi.

She used the occasion to admonish all drivers to drive within the speed limit and obey all road safety regulations to help preserve lives.

She also charged all road safety stakeholder institutions to work closely together to ensure safety on our roads, adding that it needs a collective effort to curtail the menace and called on all to ensure that they work together as a team because that is the only way to realize our aim.

The meeting, which was aimed at reviewing road crash data and speed management plans and discussing road safety communication work in various road safety stakeholder agencies in Kumasi, forms part of preparations towards the planning and execution of a road safety national mass media campaign slated to take place in December 2021.

The Communication Officer for the BIGRS project in Ghana, Mavis Obeng-Mensah, hinted that the campaign, which will primarily focus on speeding, will target male drivers between the ages of 19 to 29 years.

‘I was nowhere near botched Agyapa deal’