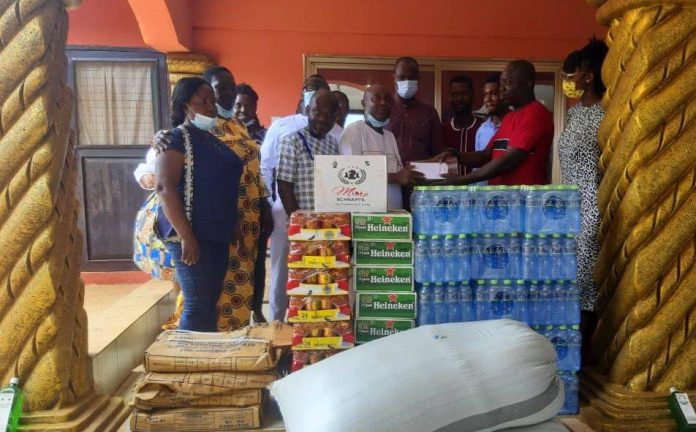 The Tema West Municipal Assembly has donated assorted food items to the Nungua and Tema Traditional Councils to mark this year’s Homowo festival.

The donations, which were done at separate venues at Nungua and Tema respectively, was part of the Assembly’s support to the traditional authorities as they mark the festivals.

It included; cartons of beer, crates of non-alcoholic beverages, bottles of water, boxes of schnapps, gallons of palm oil, bags of maize and an undisclosed amount of money.

Mrs Adwoa Amoako, Tema West Municipal Chief Executive, making the donation in the company of Mr Patrick Laweh Osanyomor Atitiati, the Presiding Member, said, the Assembly recognised the essence of traditional festivals in promoting unity in the country; thus the need to support the Homowo festival. 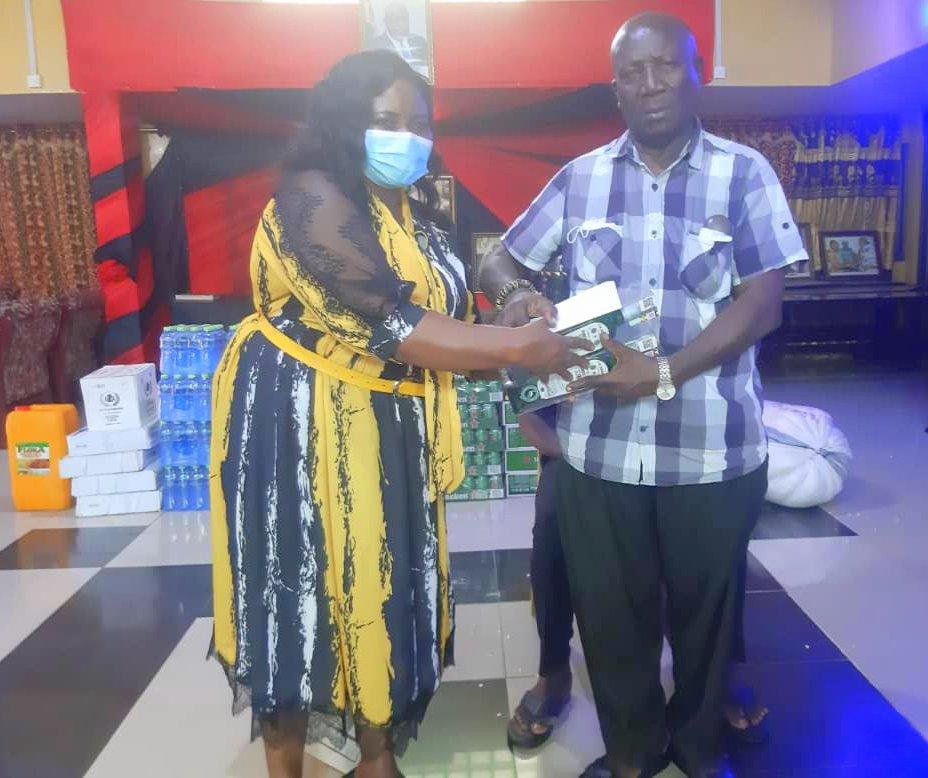 She reiterated the importance of festivals in the country and how it helped boost domestic tourism for the development of the country.

Nii Amarh Somponu II, Tema Shipi and Stool Secretary, who received the items, expressed appreciation to the Assembly for their continuous support towards the celebration of the festival.

He said due to the COVID-19 pandemic and the ban on large gatherings as a measure to curtail the spread of the virus, the Traditional Council announced the cancellation of the Kplejoo festival, and it was likely to affect the Homowo festival.